Below is our database of tyre tests split by tyre season and vehicle type. To read the tests just click on the test title

Do you want to know what all season tyre is best for year round driving whatever the weather? In this test we take nine of the very best 205/55 R16 all season tyres on the market, plus a well regarded summer and winter tyre as references, to see exactly what tyre performs best in the dry, wet, snow, comfort, noise and rolling resistance tests! 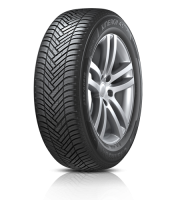 The German SUV specialist publication Auto Bild Allrad have become the second magazine in 2021 to publish their all season tyre test, and the first to include the new Michelin CrossClimate 2 (much to our disappointment, we wanted to be first!)

While the Allrad tests aren't quite as in depth as the industry leading Auto Bild tests, they're still an excellent reference point for the market, and especially useful if you drive an SUV, or are interested in how an all season tyre compares to a summer and winter tyre, as both are included as references.

The tested size is 215/65 R17, which fits many popular SUVs such as the VW Tiguan test vehicle, the Audi Q5, Mercedes GLA, Nissan Qashqai and many others. It's worth remembering that sometimes SUV tyre sizes have different constructions to their regular cousins, meaning that surprising results can be a feature in this sort of test!

While this test doesn't have the new Michelin CrossClimate 2 or Pirelli Cinturato All Season SF2, it does have the new Vredestein Quatrac, and even more interestingly, it tested at multiple temperatures. We didn't get precise temperature data, but the magazine did detail that the cooler temperature was under 10c, and the warmer temperature over 20c.

In this test we look at the improvements made in dry grip, including dry braking which was already very impressive, the step forward in wet grip and aquaplaning resistance, the huge improvement in rolling resistance meaning lower fuel consumption / better MPG for your car, and the serious step forward Michelin have made in the snow performance of the new tyre.

This test is slightly more relevant than usual tests to Camper Van / SUV overs, as the magazine tested the "regular" 235/55 R17 tyre option instead of the 215/65 R16 C commercial size with is often fitted to the VW Transporter the VW is based on.

This tyre size isn't just limited to camper vans though, it's also on many large saloons and midsize crossover SUVs such as the BMW 7 Series, BMW X3, Audi Q3, Ford S-Max, Honda CRV, VW Tiguan, VW, California, VW Caravelle and many others!

As usual the eight sets of summer tyres were put through the usual array of dry, wet, noise and rolling resistance tests to find out exactly what tyre is best in each key area.

For the 2021 Tyre Reviews 200 treadwear Track Tyre Test we have selected eight of the the most popular 200tw track focused performance tyres and have access to Michelin's Laurens proving ground in South Carolina, which has a very fast, high grip, dry handling test track.

You can either watch the full test video for all the glorious shots of the beautiful E36 M3 test car, or click through to read the full results.

It's the first Tyre Reviews SUV tyre test, and as usual, we're trying to do this as properly as possible!

We have 8 of the most popular SUV tyres in 235/55 R18, including the Michelin Primacy 4, the brand new Goodyear EfficientGrip 2 SUV, the extremely popular Uniroyal RainSport 5, the new Hankook Ventus S1 Evo3 SUV, the Nokian WetProof SUV, the Vredestein Ultrac Satin, the Avon ZX7, the BFGoodrich Advantage SUV, and a budget tyre.

Michelin and BMW spent over 2.5 years making the perfect tyre for the new G80 BMW M3 and G82 BMW M4. Here's all the work and changes that went into the project!

Published a later than usual due to covid travel restrictions, the Polish magazine "Motor" have tested ten 225/55 R17 summer tyres in the usual array of wet and dry testing.

The 17 inch size tested can be found on a wide range of vehicles, such as the Audi A6, BMW 5-Series, and Mercedes E-Class, smaller vehicles like the BMW 3-Series and Mini Countryman, crossovers like the Honda CR-V, Nissan X-Trail and Skoda Karoq, and even minivans / people carriers like the Chrysler Voyager, Fiat Scudo and Opel Vivaro.

We've taken 14 of the best ultra high performance summer tyres in the very popular 225/40 R18 tyre size, and we've tested the dry and wet handling, the dry and wet braking ability, aquaplaning resistance, the noise levels and the rolling resistance of these tyres, to work out exactly what tyre is best at what!

In an unexpected release, Auto Bild have just published their second ultra high performance tyre test of 2021, this time testing the popular 235/35 R19 tyre size and again putting the new Bridgestone Potenza Sport up against the best from Continental and Michelin. Strangely, Auto Bild have included the Goodyear Eagle F1 Asymmetric 5 instead of the Goodyear Eagle F1 SuperSport which would have been a more natural selection for this group, but it's still a really interesting test.

As always, things are close at the top, with Michelin taking a narrow victory, just ahead of Bridgestone and Continental in joint second place. 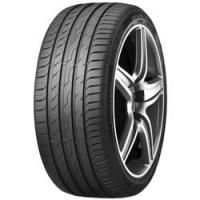 It seems like every year there's a tyre test that doesn't follow the norm, and this year it's the ACE / ARBÖ / GTÜ summer tyre test.

The test starts out as a regular summer tyre test, there's nine tyre patterns in the popular 225/45 R17 size, and they tested using a VW Golf which is the standard test car. However, once you get into the results, things get a little confusing.

Firstly, no data is provided by the testers, just a points system which makes an accurate analysis of the results difficult. Secondly, the test gives weighting to the price of the tyres, but doesn't test wear, which means a tyre which is cheap to purchase scores well, even if it has a lower overall value due to high wear.

But strangest of all are the overall results.

Good news, 2021 is shaping up to be a really a exciting year for tyres. We have a brand new UUHP contender taking the fight to Michelin, Goodyear and Continental, some extreme updates of existing patterns, and the promise of new tyres on the horizon later this year!

Watch on for the full exciting details!

For 2021, the testing experts at ViBilagare have tested eight of the latest 225/45 R17 tyres, with a surprising result!

The Maxxis Premitra HP5 aced the tyre test to finish in first spot overall, ahead of the new Goodyear EfficientGrip Performance 2 in second place and Continental PremiumContact 6 in third. This is a really impressive result for the Maxxis brand, especially when you consider price was NOT taken into account for the final results!

The only caveat worth remembering is wear was not tested in this test. In previous tests where wear results were included, the second placed Goodyear EfficientGrip Performance 2 had a significant advantage over other tyres on test, and the Maxxis didn't score too well..

It's the second time in history the new Bridgestone Potenza Sport has been tested in a tyre test, and it's super exciting to see whether it can it match the first place from the Auto Bild Sportscars test!

There are some small differences between the two tests. Firstly, Auto Bild tested 20" tyres using a Ford Mustang, where for this test Sport Auto have used the Toyota Supra / BMW Z4 platform which wears 255/35 R19 front and 275/35 R19 rear tyres.