Chevrolet’s new 2022 Corvette Z06 has been spotted with some of the widest tyres ever fitted to a production car. In images posted on Corvette Blogger, the rear tyres are shown in detail; they’re 345/25 Michelin tyres and sit on 21-inch rims. Standard Chevrolet Corvette models use 305-section rear tyres, and that means there is almost 8cm more rubber across the two tyres. The Z06 has a wider stance than the regular Stingray model, and this is why!

As is the case with many high-performance cars, it is thought that the Corvette Z06 will use Michelin Pilot Sport Cup 2 tyres. These will be a lot stickier than you would expect to find on a road car, as the Z06 is influenced by the brand’s racing division. The width of the tyres and the compound of the rubber should help the car grip well. 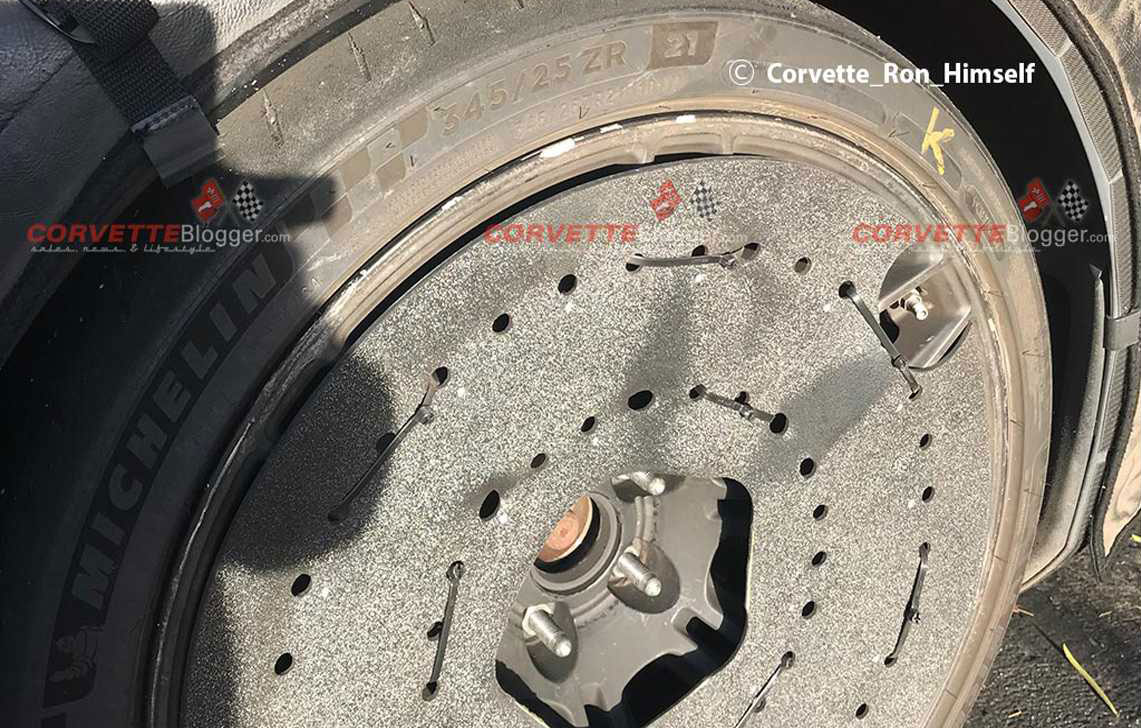 Rear tyres measuring 345mm across are usually reserved for the very fastest ‘hypercars’. The Ferrari LaFerrari, Lamborghini Countach and Ferrari Enzo use tyres in this size, as does the SSC Tuatara - which has achieved a top speed close to 300mph. Bugatti Veyron and Chiron models are among the only cars with wider tyres than the new Corvette, so it’s clear how performance-oriented the Chevrolet is. The Michelins will need to grip even when more than 600 horsepower is deployed, which might be why they are so vast.

It is reported that the options list will include carbon-fibre alloy wheels, which will make the wheels even more expensive than the tyres. Carbon-fibre alloy wheels often cost thousands of pounds, but then so might the tyres. Such wide tyres are used on so few cars, so they may be hard to find and the high-performance cars they’re used on means they’ll almost certainly leave the driver with a large bill.

The Z06 uses a 5.5-litre V8, the same one as a Corvette racing car but with more power. Alongside the sticky Michelin tyres, it has all-wheel drive to try and contain the engine’s might. A substantial aero package and complex magnetised dampers will be fitted in order to allow the Corvette to corner quickly.

Rumours suggest there will be a yet-faster version of the latest ‘C8’ Corvette, which will produce around 800 horsepower.