Pirelli have announced their latest generation all season tyre, the Pirelli Cinturato All Season SF2 (SnowFlake 2.)

As a result of climate change, where winters are getting less extreme in many parts of Europe, the interest in all season tyres is growing year by year.

Historically tyre sales in most of mainland Europe have been split 60% summer and 40% winter tyres, but the market for all seasons is growing rapidly, with just 3% in 2014, 14% in 2020, and a predicted 20% by 2025. Naturally these numbers are for areas of Europe with milder winters, if you live in an alpine area a dedicated summer and winter tyres are still the best option.

The below graph shows the current sales percentage of all season tyres, with growth in all regions.

The type of customer shopping for all season tyres is usually a premium customer, and mainly own premium cars. The priority of these customers is peace of mind, which means compliance with winter tyre legislation, safety in all seasons, good tyre life, and avoidance of stress due to annual tyre changes. These categories are where all season tyres excel.

All sizes of the new tyre are marked with the 3 peak mountain snowflake symbol, which denotes it as a legal winter tyre in areas where they are a legal requirement and every size has a strong improvement in wet grip, with the eu wet grip score as B across 100% of the range.

The first, DEKRA, graded the tyre number 1 in safety and number 1 in sustainability when compared directly to the Michelin CrossClimate+, Goodyear Vector 4 Seasons Gen 3, and Bridgestone WeatherControl A005 EVO, with the Pirelli having the best snow handling, lowest noise, lowest rolling resistance, best dry braking and best combined braking scores of the average of its competitors. 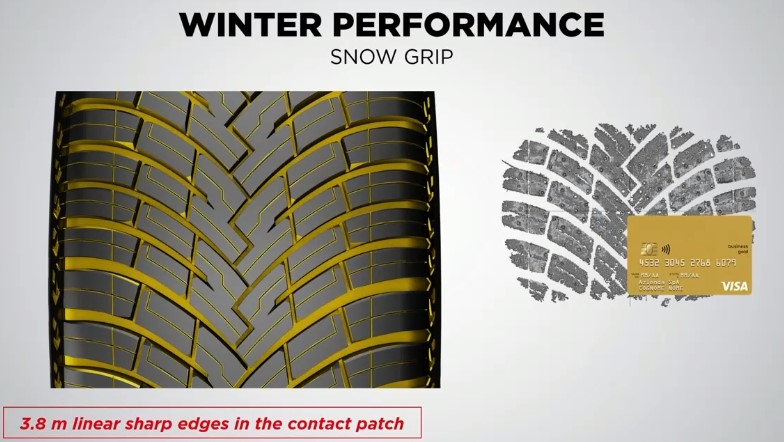 How does the new tyre achieve all of this? Pirelli claims to be one of the highest investors in R&D per tyre sold, which has led to several new technologies for the All Season SF2.

The tread pattern has adaptive technology with liniar sipes to work in both summer and winter conditions. In each contact patch, which is the approximate size of 4 credit cars, ther are 3.8 meters of linear edges to help the tyre cut through snow.

The new sipes also have 3d locking technology, and while this isn't a new technology, it's very effective at increasing block stiffness in the dry and wet, improving grip and dynamic behavior.

On the compound side there is a new double peak polymer, which looks to be very useful for an all season tyre as it allows the rubber to have two different operating temperature peaks, which gives the tyre a broader working range of temperatures. 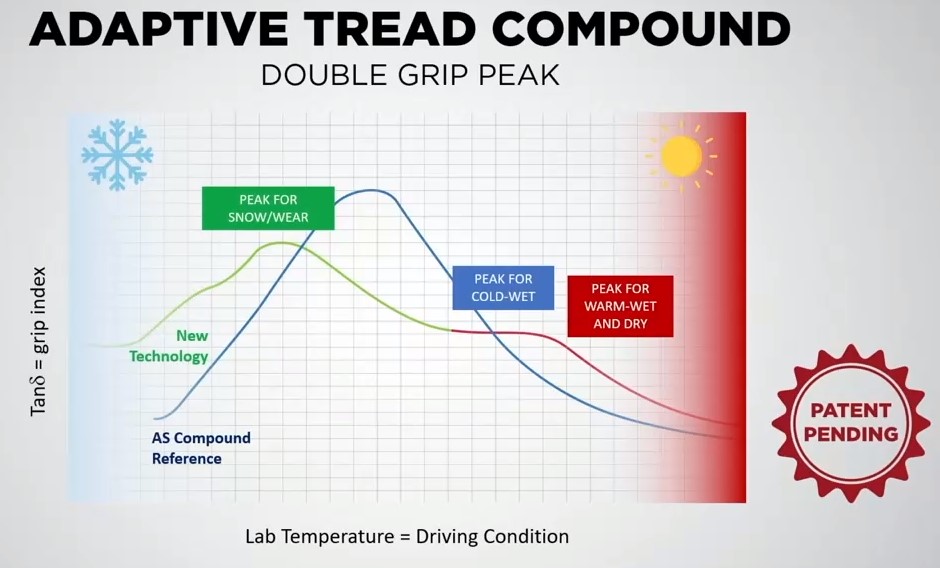 Other impressive numbers are:

The Pirelli Cinturato All Season SF2 will cover 95% of the EU market by having 65 sizes from 15 inches to 20 inches, and in various sizes will be available in runflat, seal inside, Pirelli noise cancelling system, and the elect mark for electric vehicles.

I'm also very excited to announce that Tyre Reviews will be testing this in the 2021 Tyre Reviews all season tyre test, let's hope it lives up to the hype! Stay tuned for the full results later this year!