How Tyres Change For OE Approval - the P Zero Story

Here at TyreReviews we often get asked what modifications are made to OE marked homologated tyres, such as * for BMW, N for Porsche, MO for Mercedes and AO for Audi.

While the homologation process can take up to three years and involve numerous tests and changes, usually we have to give the very general answer of "stuff" as the data isn't made publically available. Thanks to Pirelli, we can now offer a simplified insight as to what changes major vehicle manufacturers have requested for the new Pirelli P Zero during the OE homologation approval process. 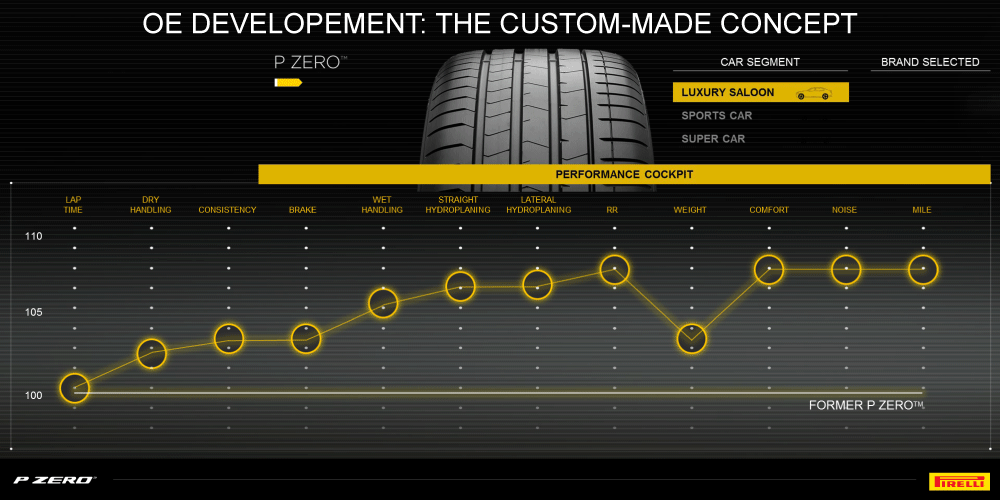 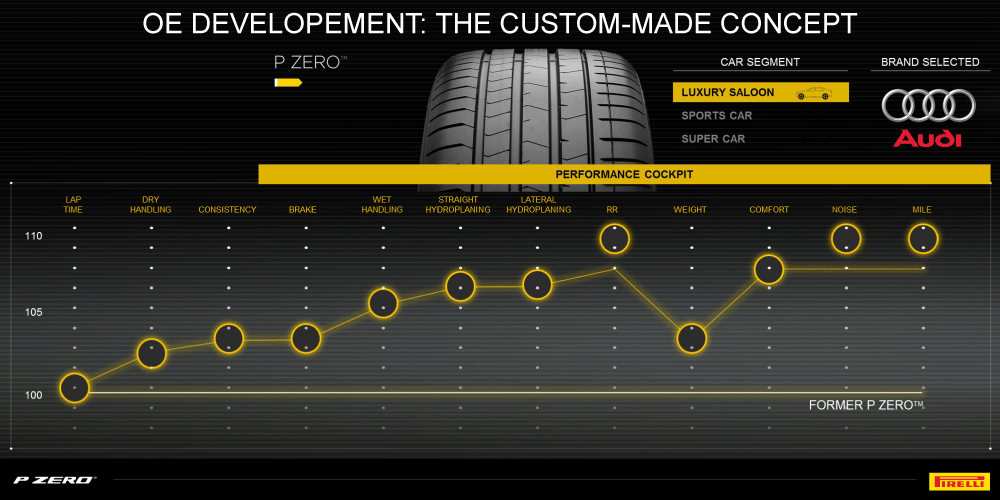 BMW, known to be a more dynamic drive than Audi, asked for improvements in dry handling, wet handling and a further reduction in tyre weight to reduce unsprung mass and improve wheel control. 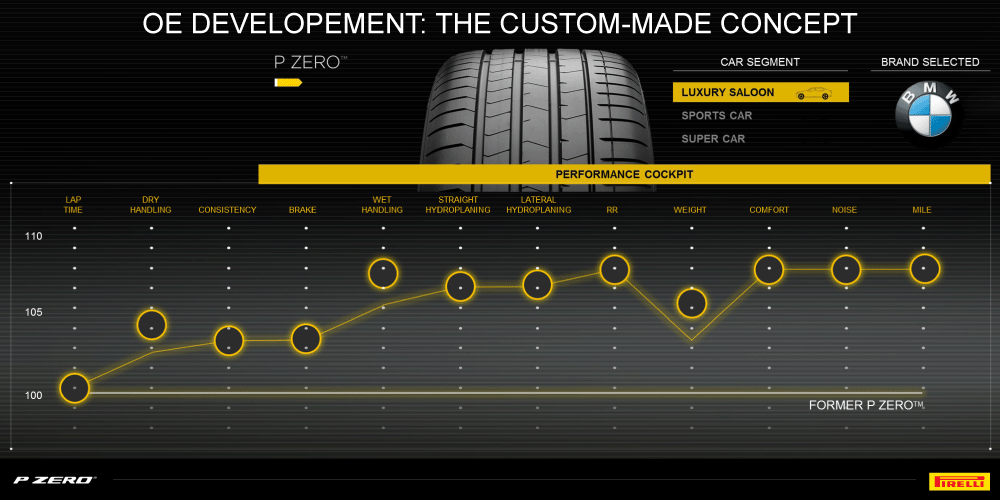 Mercedes have chosen safety, economy and comfort improvements for their version of the P Zero Luxury Saloon tyre. 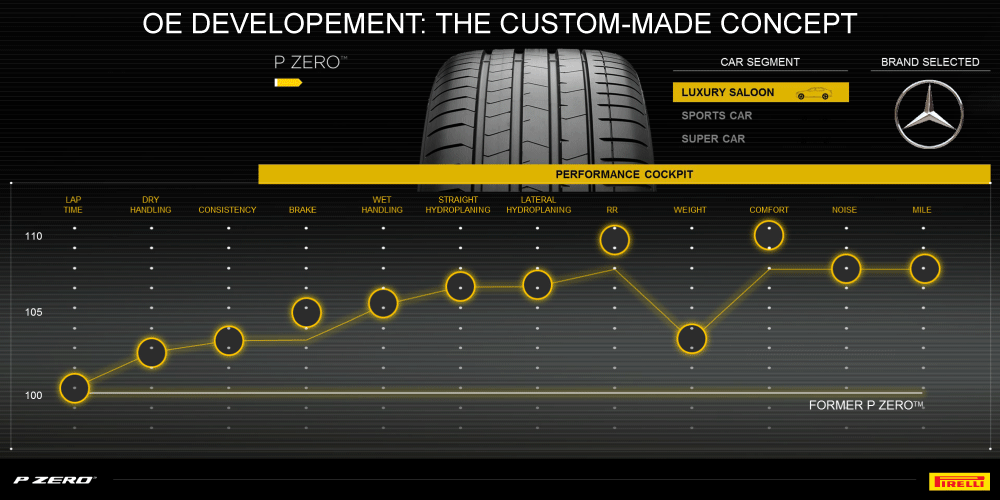 The P Zero (Sports Car) is aimed at performance vehicles such as Mercedes C63 AMG, BMW M3 and Porsche 911. The Sports Car version of the tyre improves on the outgoing P Zero with a slightly different balance, as it offers smaller improvements in comfort, mileage and wear when compared to the P Zero (Luxury Saloon) version of the tyre, but has bigger gains in laptime, dry grip, wet grip and braking. 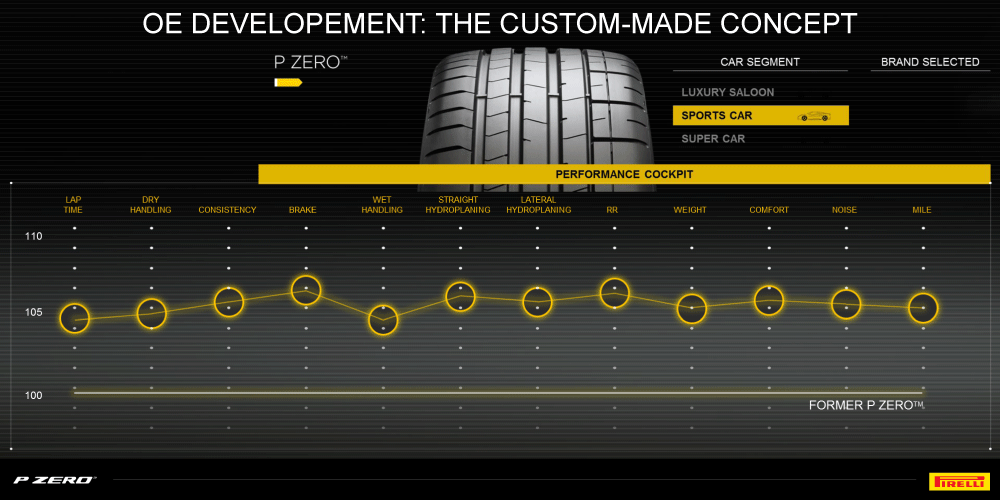 AMG have further tuned this tyre to improve the dry handling, driving consistency and lateral aquaplaning 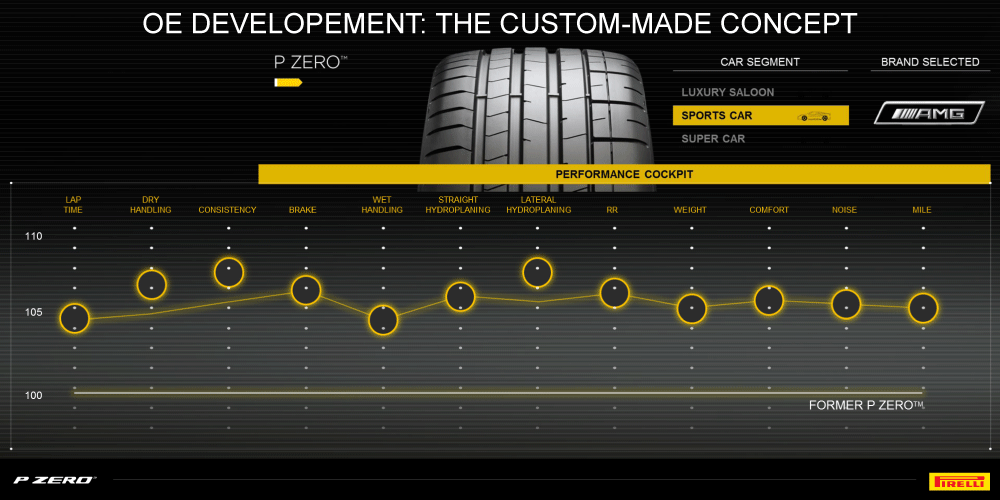 Were as BMWs ///M Performance Division have focused on laptime, weight, and straight aquaplaning performance. 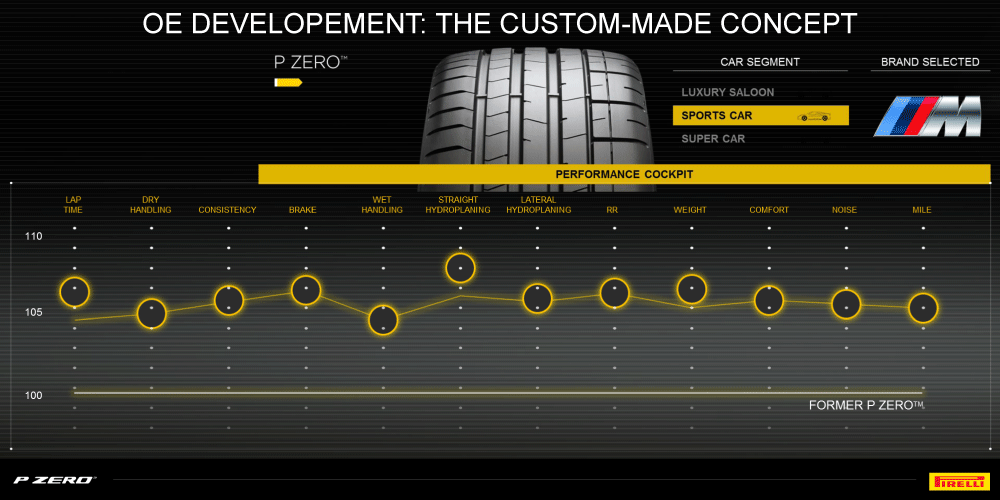 The unique usability and balance of the 911 has demanded improvements in dry handling, braking and rolling resistance. 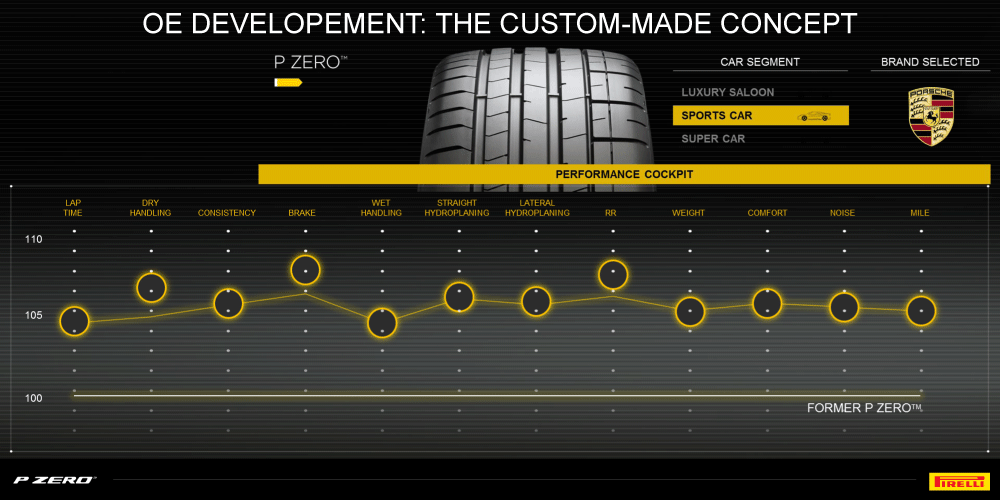 The final new tyre in the range is the P Zero Corsa, which is aimed firmly at super car marques such as Ferrari, Lamborghini and McLaren. When compared to the original P Zero, it pushes the game even further in laptime, dry handling, wet handling and braking, but the OE manufacturers still have modification requests. 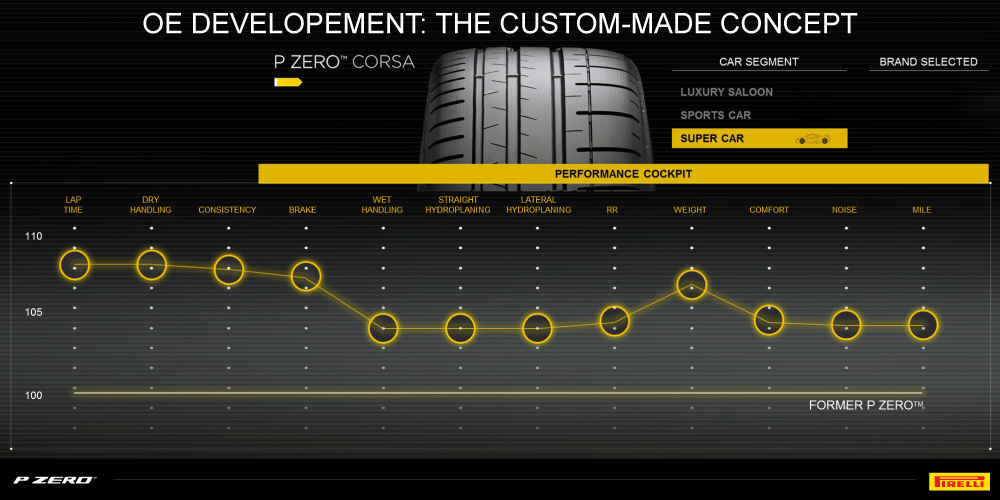 Ferrari being Ferrari, have demanded even more improvements in laptime, dry handling and consistency when driving hard. 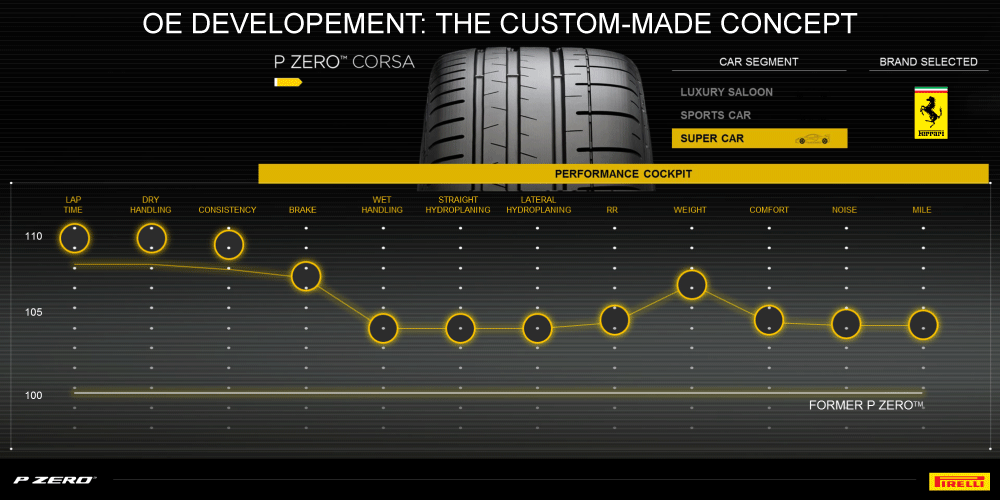 Lamborghini are slightly less concerned with ultimate lap time of the tyre, but have improved the wet handling and rolling resistance. 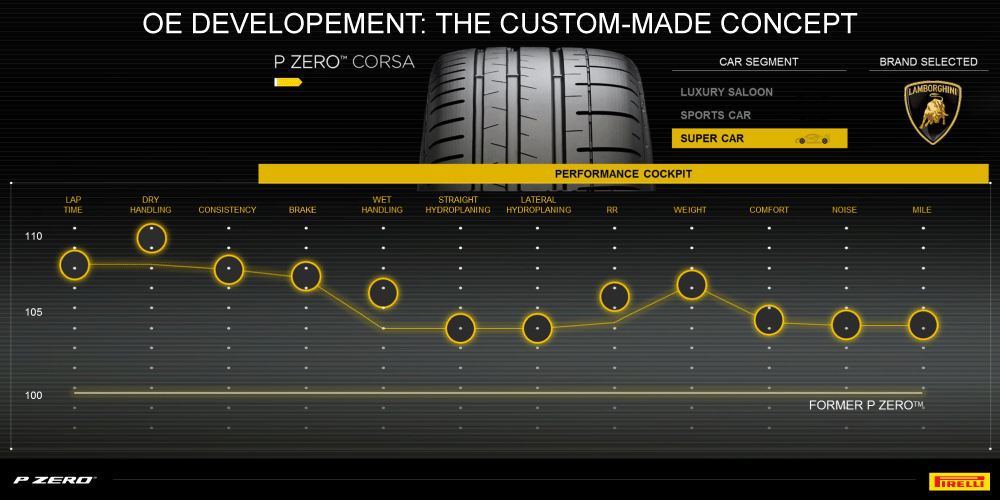 McLaren, like Ferrari asked for dry handling and laptime improvements, but instead of consistency, they improved the noise levels for their version of the P Zero Corsa. 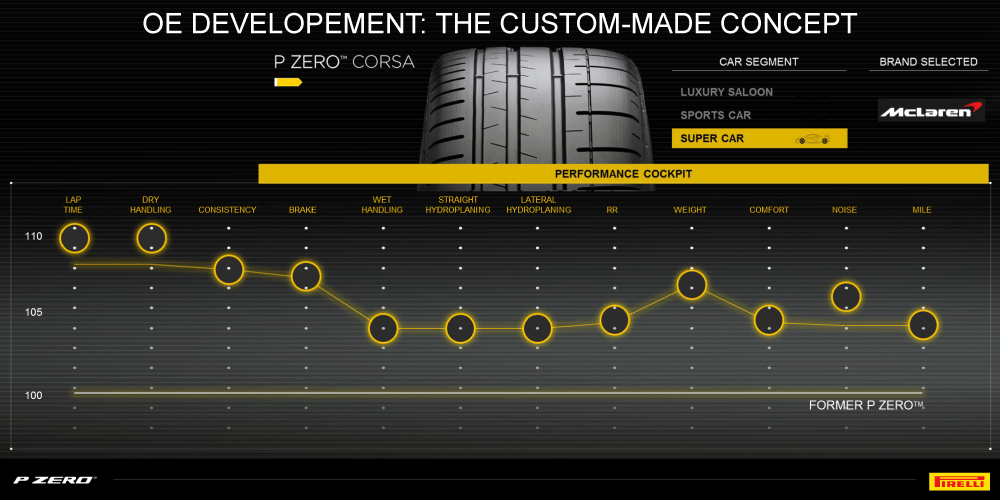