What is ACTUALLY new with the Michelin Pilot Sport 5? 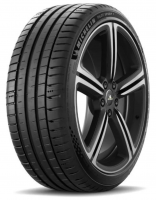 Update 11th April 2022: You can see our exclusive first test of the Michelin Pilot Sport 5 here.

Update 17th February 2022: It has been pointed out that the Japanese version of the PS5 press release shows a 1.7% decrease in wet lap time (linked in comments below by El_Miato8.) I've reached out to Michelin to find out if this is the same version of the PS4 and PS5 we have in Europe, or whether it's a slightly different tyre for the Japanese market!

Michelin has just launched the new Michelin Pilot Sport 5, and it looks to be a very interesting, but perhaps not what we expected, update!

This is the segment of user the PS5 is aimed at.

The Pilot Sport 4 S, in Europe at least, started in 19" for most of its life and went up to 23", offering slightly improved dry and wet grip and handling, at the expense of a little comfort and rolling resistance. The differences were small, but they existed.

North America is a slightly different market, and they had almost no sizes of the PS4 instead having the PS4S in 16" and above. According to the press releases it's likely that North America will have a little more availability of the PS5, especially while we're globally waiting for the replacement of the PS4S. 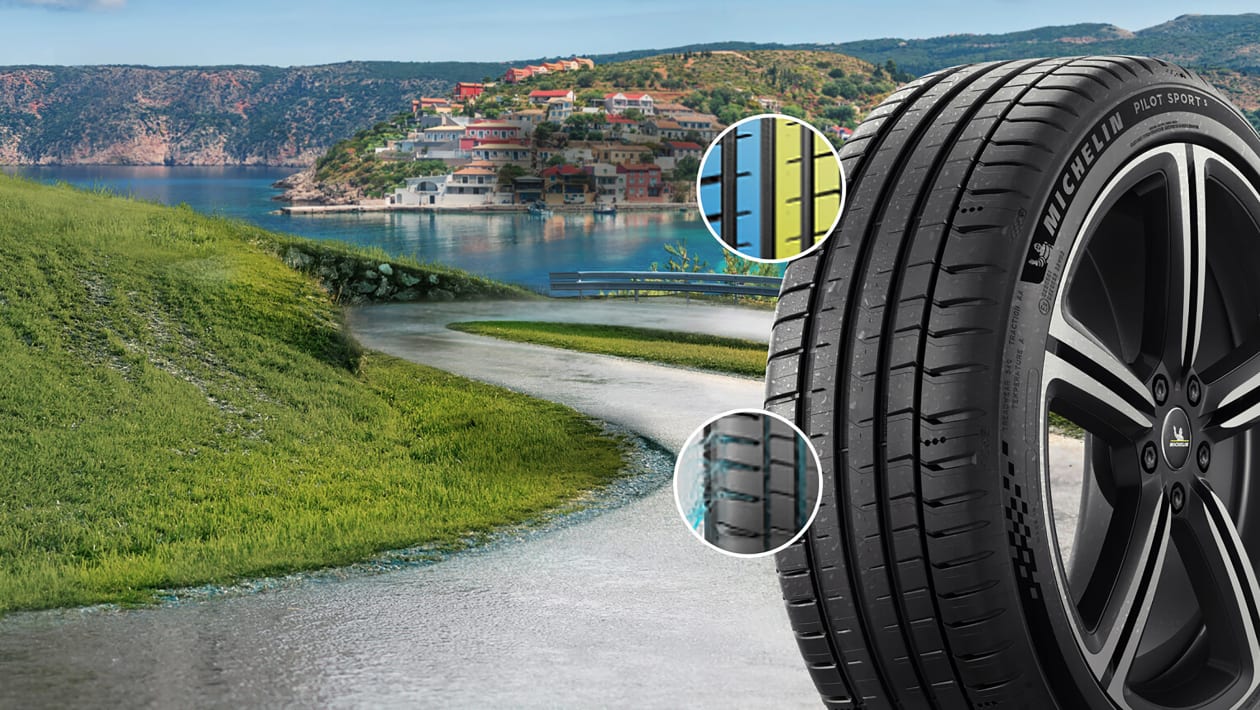 Tyre Reviews will first be testing the PS5 in March against all it's premium rivals, including the new Goodyear Eagle F1 Asymmetric 6, but there are some key things we can learn from the press releases and data floating around online. Or more to the point, some of the lack of data...

The biggest changes to the PS5, when comparing it to the PS4, seem to be vastly improved wear. Michelin have always been one of the leaders in wear, but it's fair to say the PS4 fell short of its usual standard, often performing averagely at best in wear tests.

With the PS5, Michelin seem to have regained an advantage over the rivals, and a large one at that.

To give you an idea of the improved wear, the PS4 used to be convincingly beaten by the Asymmetric 5 in wear tests, but in a test conducted by Dekra, the Michelin Pilot Sport 5 was the benchmark at 100%, the Bridgestone Potenza Sport managed 58.7%, the Continental PremiumContact 6 63.7%, the Goodyear Eagle F1 Asymmetric 5 78.2% and the Pirelli P Zero PZ4 56.2% of the new Michelins tread life. That's a huge jump compared to the PS4, and the PS5 looks to offer almost DOUBLE the tread life of Bridgestone and Pirelli!

Fortunately, as this is Michelin, there's NO WAY they'd have reduced the grip of the PS4. That's just not an option. But, as there's no benchmarks against the PS4 showing improved grip in all the press material, I think it's safe to assume Michelin have not been able to find much improvement in dry or wet grip over the PS4, just tread life.

That's not to say this tyre won't be excellent in the grip department. TUV also tested the dry and wet braking of the new Pilot Sport 5 against the same group of tyre, and it just about led overall, with the Bridgestone and Pirelli extremely close in distances. This is impressive, but it's also where the PS4 left off...

On the Subject of Handling? 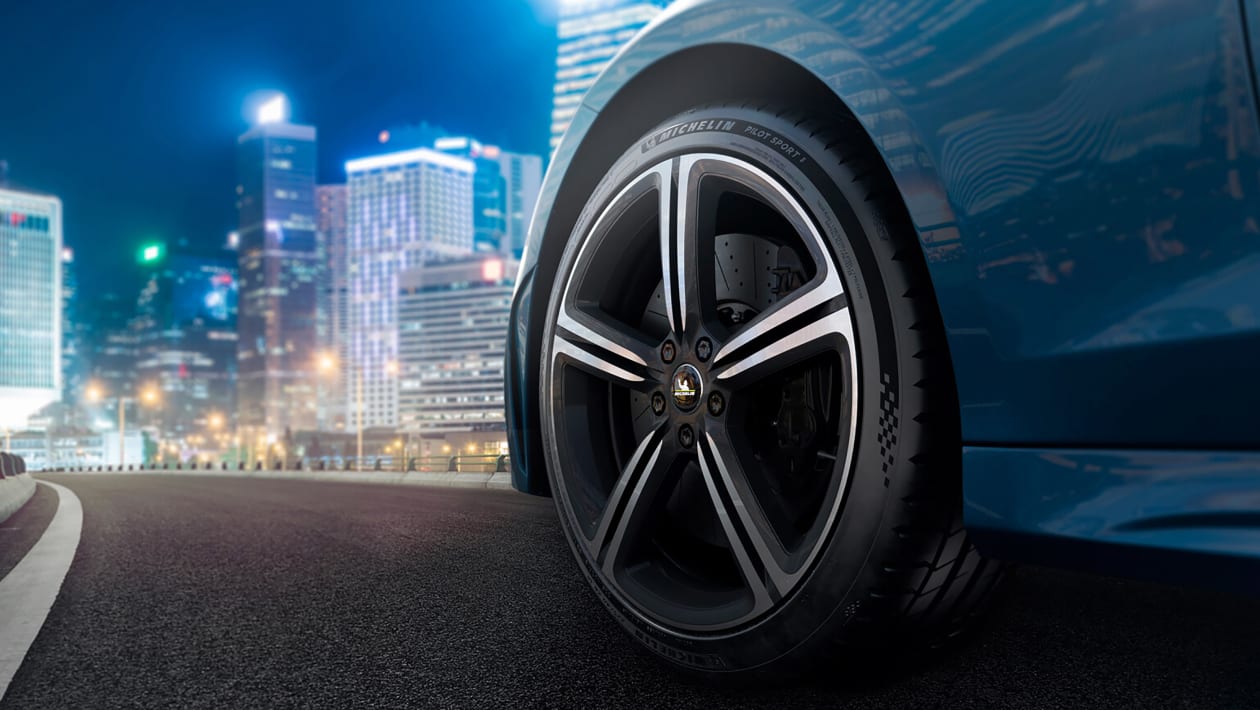 The Michelin press release also talks about handling and responsiveness, throwing terms such as Dynamic Response Technology into the mix which seems to imply that the PS5 should handle better, but on further inspection this is all technology that existed in the PS4. As TUV had tyres to test braking, it seems logical they'd have tested handling too, and there's no reference of the PS5 being "better" or "more" than its rivals or even the PS4, it might be that the handling differences of the new Pilot Sport 5 are small or non-existent. Tyre Reviews will of course find out in the near future.

Some might find this disappointing, and it will be especially interesting to see whether the new Asymmetric 6 jumps the PS5 in terms of grip as the PS4 and Asymmetric 5 were very close. The Michelin focus is firmly on long lasting performance, and making their tyres perform as well as possible all the way to the legal 1.6mm tread life. It seems that the new Michelin Pilot Sport 5 will be doing that in abundance, leading the way for the key competitors to play catchup.

One last thing to consider - Michelin has absolutely won any sidewall design competition, as every new Pilot Sport 5 has the beautiful velvet touch sidewall that has been appearing on the newer Michelin tyres. Currently no rival manufacturer offers anything this sexy. 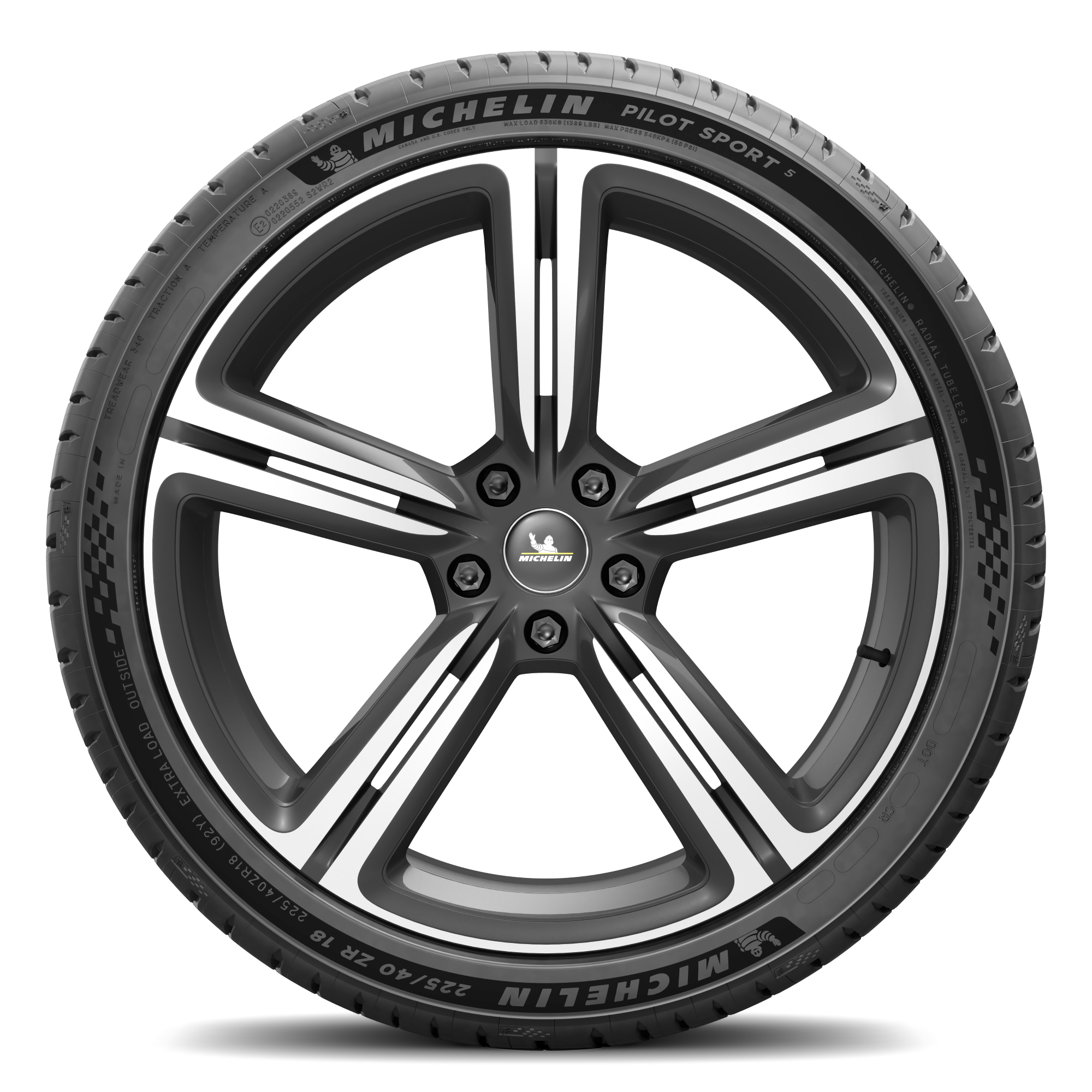 At time of writing you can already purchase 17 sizes of the PS5 in Europe, with 50 due soon. In North America and the rest of the world, certain sizes will be available from March.

As you can imagine, Tyre Reviews is super excited to get on the new tyre and find out exactly where it sits. March is getting close, so stay tuned to the Tyre Reviews website, YouTube channels and Instagram to be the first to know what the new best UHP tyre is on the market!