The Bridgestone Potenza s02 is a Max Performance Summer tyre designed to be fitted to Passenger Cars. 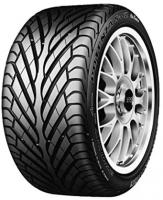 Sorry, we don't currently have any magazine tyre tests for the Bridgestone Potenza s02 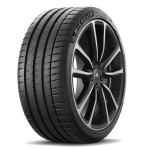 Michelin Pilot Sport 4 S - 87%
Sorry, we don't currently have any questions and answers for the Bridgestone Potenza s02. Why not submit a question to our tyre experts using the form below!

Given 93% while driving a Honda S2000 (225/50 R16) on track for 100 spirited miles
Well . I replaced my tires with these a month ago. Unused yet, held somewhere unsold but manufactured some time ago because they don't do these anymore. They are made in Japan. Rubber still soft without cracks. The main reason I bought these tires is because my car came from the factory with these. Even if they are old I wanted to know the feeling of driving my car completely stock and feel it how it was made to be driven. The results ? I shaved more than 1.5 sec off my best time I ever had on local track. I tried before different Potenza ,Yokohama , Firehawk and other street tires. Definitely the best street tires I ever tried. Most race prepared cars on slicks or semi can't beat my stock Ap1 on these. Short technical Supermoto track . Even at the limit the car does what I expect .That snap oversteer, those uncontrollable slides they are all gone ! And I can take any corner faster and brake later than I can do with any other tires I had before. No wonder these tires are on the cover of Gran Turismo original game. The only regret I have is I have no other chances to buy these anymore. I would pay in gold for such street tires. Brilliant tires for track or Touge !
Helpful 102 - tyre reviewed on August 23, 2022
Given 60% while driving a Porsche Boxster 2.5 (255/40 R17 W) on mostly town for 8,000 spirited miles
A nice looking tyre, which I know is important to some people...., though really not that relevant! When I bought my car it had these tyres fitted, so I just replaced like for like. They gripped well in the summer, but lost all adhesive properties through last winter! When the temperature dropped as low as it did, the rubber appeared to go pretty hard, which led to a lot of slip, even when on dry surfaces. This was especially noticeable when parking, when, the first time I realised I had a problem, I thought I had a worn track control rod allowing the wheels to jump! It was a really strange sensation. As it was, and after inspecting all joints, it was purely as a result of the extreme cold affecting the tyre. I realise that summer tyres aren't even 50% effective in the winter, and hence why most of Europe switch to a winter tyre to maintain performance and grip. Of course 'N' rated winter tyres are hideously expensive, though can be purchased for Â£200 each rear tyre, and Â£160 each front tyre. Non 'N' rated can be obtained cheaper, but the practice of using non 'N' rated tyres, always causes extensive debate. The Bridgestones have only lasted me 8000 miles on the rear, were very poor in the winter, though are cheaper than Continental, and Michelin alternatives. If you are going to be using the car all year round, I would recommend switching to winter tyres in the winter once temperatures fall below 7 deg, until they rise again. A swap to a spare set of 16" wheels would reduce the cost of the winter rubber, or budget for the cost of swapping the rubber twice a year on your existing wheels for Â£10 - Â£15 a wheel (valve and balance). I have just fitted a pair of Continental Sport Contact 2 Tyres (N2), as I can't afford unfortunately at this time to put on winter rubber. I will review these tyres in due course, especially with how they fare over the winter. On a side note....., summer tyres also wear much quicker in the winter than in the summer!
Helpful 8 - tyre reviewed on November 22, 2011
Given 63% while driving a Porsche BOXSTER 2.7 (225/45 R17) on mostly town for 15,000 average miles
I have now had three sets of these tyres on my porsche boxster, one set went through 2000k, i have had the geometrics done on the car and all fine but still have had three sets in 12 months. Local sport automative garage have said they havent seen anything like it so now changing brands completely. the total mileage on three sets was 15,000k
Helpful 6 - tyre reviewed on January 23, 2012
Have you driven on the Bridgestone Potenza s02 tyre?

Have YOU got experience with the Bridgestone Potenza s02? Help millions of other tyre buyers

Given 80% while driving a Honda S2000 (225/50 R16) on a combination of roads for 3,000 spirited miles
have these on my 2000 S2000 AP1, they are OE tyres for my car, its the right tyre for the car if you want to experience the handling shigeru uehara wanted from this car, it gives the car that very controllable neutral steer, you wont have this handling with any other tyre because of the construction of S02 (rounder on front, flatter on rear) again i tries various other brands including some potenzas, none gave the car's original handling caracterstics ! if you have a 2000-2004 S2000 with oem suspension and want to experience what your car's fuss is all about buy the S02
Helpful 5 - tyre reviewed on June 21, 2020
Given 77% while driving a Nissan 200sx (225/50 R16) on a combination of roads for 3,000 spirited miles
Good medium performance tyre grips quite well. Very stiff and can give a back ache. Was surprised it felt more grippy in the wet compared to other tyres.
Helpful 4 - tyre reviewed on April 5, 2016
All Season VS Winter Tyres: What is REALLY Best?! Click to find out!

Bought the car with the tyres, and not knowing mileage on them.

Dry and wet grip was the same, amazing. Even (very) hard spirited driving.

Noise levels, confort and wear didn't get me. Specialy wear, but this was a very sport tyre (And a very good one). Wear was very fast.

Recommended for grip and safety over everything in a really sport car and sport driving.

Helpful 2 - tyre reviewed on October 13, 2015
Given 61% while driving a BMW 328i (225/45 R17) on mostly country roads for 800 spirited miles
Probably one of the most frustrating tyres I've ever used. Bought a new set of 4. Took them on a 230 mile road trip to Cadwell for a track day. Came home. Checked inside edge on front tyres. Almost on legal limit after 600 miles! Absolutely shocking wear rate. Annoying because they're incredibly progressive, grippy and communicative. Will be trying Federal RSRs next.
Helpful 2 - tyre reviewed on June 14, 2015
Given 87% while driving a TVR Chimaera (205/55 R15 W) on mostly country roads for 15,000 spirited miles
Fantastic tyre, good grip wet or dry, good wear, perfect for the car. Shame you cannot get them anymore. Replaced with Dunlop SP9000's which is the closest I could find to match the grip levels.
Helpful 2 - tyre reviewed on February 9, 2011
Given 76% while driving a BMW E38 7 Series (255/45 R18 V) on mostly motorways for 3,000 average miles
Got them from e-bay brand new, and put them as rear wheels of my BMW 740i. The wear rate has been terrible, in just 200miles I have 2mm treading left.
I bought from e-bay also used partworn 7mm Goodyear F1 GDS3's on front wheels, and they are perfect with no wear at all.
I still cannot believe the wear rate. Could it be because the tire is made no more and could have expired? but then that particular brand of Goodyears are also not made anymore. I took my car to a garage and I have no problem with my rear axle or wheels, and the seller on e-bay cannot come up with explanation. I am definitely not using these or any bridgestones anymore. I am still in shock at the wear rate of my rear Bridgestone Potenza S02's compared to the Goodyear F1's in front, Can someone explain to me why the Bridgestones tires wore out so quickly. I need an answer!!!!
Helpful 3 - tyre reviewed on December 7, 2010
Given 93% while driving a TVR Cerbera (245/45 R16 W) on a combination of roads for 15,000 spirited miles
Simply the best tyres I've used. Such a shame they can't be bought anymore :(
Helpful 2 - tyre reviewed on February 14, 2010
Given 83% while driving a Nissan 300ZX (225/50 R16 W) on a combination of roads for 12,000 spirited miles
Had this tyre on the front gave good front end grip and and good feedback the tune in was 1st class lasted long to
Helpful 2 - tyre reviewed on December 1, 2009
Given 77% while driving a Honda S2000 (215/55 R16 V) on a combination of roads for 8,000 spirited miles
I have driven with the S-02's on the front of my Honda S2000 for nearly 8k miles. They had already covered around 10k when I bought the car so they have lasted very well. They grip extremely well in the dry giving lots of confidence when cornering. Wet performance is also very good as long as you don't push it too much on the tighter bends. Comfort is fairly good overall and the tread design looks great. Would buy them again but they are no longer available so I will now probably replace them with Potenza RE050A's.
Helpful 2 - tyre reviewed on July 10, 2009
Given 91% while driving a Peugeot 306 GTI6 (195/55 R15 W) on a combination of roads for 6,500 spirited miles
Dry Grip - The best
Wet Grip - The best
Road Feedback - The best
Progressiveness - The best
Wear - They wear quickly, but there soft and grippy.
Comfort - If you want comfort have a bath
Buy again - If I could get them - BRIDGESTONE PLEASE MAKE SOME MORE.

The best bar non. Grip, feel, stability, poise is way better than any other. They also leave all others in the wet, they are just brilliant. The sidewalls are also quite stiff which is great as you dont get the movement like you do with lesser tyres.

I have had five sets of these as well as trying Eagle F1's and various others. These nock them all into next week.
Helpful 2 - tyre reviewed on January 31, 2008
Given 86% while driving a TVR griffith (245/45 R16 W) on a combination of roads for 15,000 spirited miles
These tyres are brilliant, it's a shame you can't get them anymore. The relpacement bridgestone s03 doesn't suit the griff as well and don't seem as good as the s02.
Helpful 2 - tyre reviewed on September 7, 2007
Given 80% while driving a Toyota MK2 MR2 Turbo (225/45 R16 W) on track for 4,000 spirited miles
I can't really fault these. I've had these on my track mr2 turbo and have driven around 911s on trackday rubber! Bit hairy in the wet but that's probably because I can't get enough heat into them with my cambers.

Worn surprisingly well considering the abuse I give them too. Well happy.
Helpful 2 - tyre reviewed on May 11, 2007
Next Page >>