The Goodyear Wrangler AT SA Plus is a All Terrain and Off Road All Season tyre designed to be fitted to SUV and 4x4s.

This tyre replaced the Goodyear Wrangler AT SA. 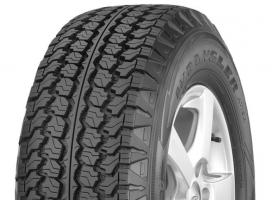 The Wrangler A/T SA+ is ranked 6th of 48 All Season All Terrain and Off Road tyres.

Sorry, we don't currently have any magazine tyre tests for the Goodyear Wrangler AT SA Plus 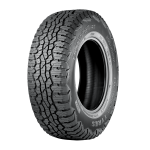 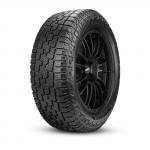 Yokohama G012 AT - 85%
Sorry, we don't currently have any questions and answers for the Goodyear Wrangler AT SA Plus. Why not submit a question to our tyre experts using the form below!

Given 91% while driving a Suzuki Jimny (205/70 R15) on a combination of roads for 17,000 easy going miles
I got the previous model (Wrangler AT/SA) on my Suzuki Jimny when I bought it second hand, and used the tyres for two years, about 30 000 km total, in all weather seasons (from snowy icy winters in the mountains, up to scorching hot mediterranean summers).
I used them in all seasons because Goodyear advertised them as "all season" tyres. And they were quite correct about that!

The tyres performed flawslessly. I used them on all kinds of terrain - from slick highway tarmac and old crispy country road tarmac, up to dusty gravel, hard gravel, rocky roads, grass, mud of all colours, deep snow, you name it.

The tyres performed exceptionally well except in serious mud, but even in the mud they did their best considering they are not extreme mud tyres.
They are very quiet (like a normal road tyre) and they have no problems when balancing, like some other all-terrain tyre models.

In October 2015, I replaced them with the new model Wrangler AT/SA+. The new tyres came with 10 mm thread depth!
I emailed Goodyear asking what is the difference between the old AT/SA and the new AT/SA+ model. Their response was "They are the same tyres, but the new model has improved wet braking performance".

After driving about 5000 km with the new AT/SA+ tyres, I can attest to Goodyear's claim.

The new model has all the same characteristics as the old one! I don't know if the wet performance has improved or not, because even the old model was quite good in that regard for me!
Helpful 29 - tyre reviewed on February 3, 2016
Given 91% while driving a Isuzu DMAX (245/45 R15) on a combination of roads for 10,000 spirited miles
Excellent tires, l have noticed they are very comfortable on rough terrains. Very minimal road feedback with exceptional good grip on the road.
Helpful 10 - tyre reviewed on March 8, 2017
Given 80% while driving a Hyundai Santa Fe (225/45 R17) on mostly town for 25,000 average miles
I have driven the car more than 40.000 kilometers, they have worned OK but, I havent drive the car that frequently, and tyres got firmer and very stiff (solid). Ihad to change them for a better grip due to their loss of grip capabilities.
Helpful 10 - tyre reviewed on December 20, 2017
Have you driven on the Goodyear Wrangler AT SA Plus tyre?

Have YOU got experience with the Goodyear Wrangler AT SA Plus? Help millions of other tyre buyers

Review your Goodyear Wrangler AT SA Plus >

Given 87% while driving a Land Rover Defender (265/65 R17 R) on mostly country roads for 8,000 average miles
Had the wrangler AT SA on my Defender TD5/ 90 and were great, no problems with grip, however I did not get axle deep in mud. I liked them enough to have 4 fitted on my Landcruiser LC5. The cars handle well, there is little road noise on either vehicle. A really good all use tyre.
Helpful 7 - tyre reviewed on February 2, 2017
Given 94% while driving a Isuzu DMAX (245/75 R15) on a combination of roads for 0 spirited miles
Excellent tires, no road feedback with good grip on dry and wet roads.
Helpful 2 - tyre reviewed on February 2, 2016
Want your tyres to save you money on petrol? Click here!

Given 84% while driving a Jeep Wrangler 4.0 (235/65 R17) on mostly country roads for 12,000 average miles
Great all round tyre. I had the Goodyear Wrangler AT/SA before switching to the SA+ model and while they're not that different, I was very happy with the old tyre.
Helpful 3 - tyre reviewed on January 11, 2016