The Hankook Kinergy 4S is a High Performance All Season tyre designed to be fitted to Passenger Cars.

This tyre has been replaced by the Hankook Kinergy 4S2. The Kinergy 4S is ranked 15th of 27 All Season High Performance tyres. 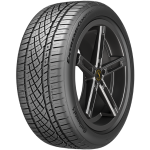 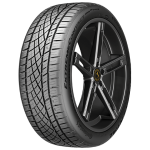 Vredestein Quatrac 5 - 80%
Sorry, we don't currently have any questions and answers for the Hankook Kinergy 4S. Why not submit a question to our tyre experts using the form below!

First impressions have been good, the wet grip is night and day in comparison to cheaper brand tyres, they handled a 70 - 0 emergency stop when a lorry pulled out in the wet very well. the car feels a lot more composed and competent. The real test will be how they cope with snow (if we get any) and how they wear during the summer months. For a everyday car they seem a good all round Tyre with the potential to offer added safety in the winter months at a good price and without the hassle of changing to winter rubber. For sporty and powerful vehicles i believe that the best is still a dedicated winter tyre and summer tyre.
Helpful 42 - tyre reviewed on December 17, 2015
Given 44% while driving a Volkswagen up! (165/70 R14 Q) on a combination of roads for 10,000 spirited miles
Dangerous in wet breaking. ABS always on, wet seems snow. Bad even in dry roads. Never again
Helpful 17 - tyre reviewed on June 24, 2018
Given 86% while driving a Fiat Panda (175/65 R15 H) on mostly country roads for 10,000 spirited miles
Having replace Yokohama W703,W902 and Conti's winter as a primary installation, I've to admit that the latest is the best choice so far, offering better braking distance, low noise and prodigious grip in wet. Can't say much for durability since I've made only 10K. Price was the same with Yokohama's cheaper from Conti's: 240 Euros, in Greece.
Helpful 12 - tyre reviewed on December 16, 2015
Have you driven on the Hankook Kinergy 4S tyre?

Have YOU got experience with the Hankook Kinergy 4S? Help millions of other tyre buyers

Given 84% while driving a Citroën C3 (175/70 R14 T) on a combination of roads for 16,000 average miles
Replaced some old Hankook summer tyres in October 2015 with these Hankook H740 4S tyres as I wanted better wet and snow grip. I was limited for choice due to uncommon tyre size and didn't want directional tyres as I had a full size alloy spare. The 2nd day after fitting I had to travel on the M62 and was caught in a torrential rain storm. Cars if front of me started drifting all ways after hitting a huge area of standing water, so I braced myself, but needn't have worried. These Hankook H740 4S tyres took it all in their stride and the car stayed in a straight line with no effort from me. Handling is great in all conditions. They have now done 16,000 miles and at my last service 2 months ago I was told they would easily last another year at least, based on my requirements, as I always replace tyres when the tread gets below 4mm. I shall replace them with the same ones when required.
Helpful 6 - tyre reviewed on January 18, 2019
Given 100% while driving a Volkswagen Golf 1.9 Tdi (205/55 R16) on a combination of roads for 23,000 average miles
This is an update to my previous review, to report on the snow performance.

Scotland had a wee bit of bad weather at the start of March '18. For reasons I won't get into on here, I was required to drive through the red weather warning on both days, and the subsequent amber warnings of the rest of the week and this gave me a good opportunity to assess performance in snow/slush and ice. The front tyres had around 5mm left in them (having been swapped after doing 18k on the rear), the rears were effectively brand new, maybe a few thousand miles since fitting.

And that performance was exceptional.

Motorways were cleared, but icy in places. They never feit like they were going to let go without warning. They did give enough feedback to allow easing off before anything went pear shaped.

Surface streets were variable quality, with some roads in excess of 12" of snow. Others had slush and others a mix of hard pack and fresh snow. And we charged on through. Even fairly steep hills were dispatched without drama, just an occasional touch of traction control for some of worst parts. These tyres on this car means I'm getting to my destination regardless.

Now, a downside... during the snow, I damaged 2 of them (potholes can still bite when they're hidden). Thankfully, I've managed to source some replacements, they're fitted, and I'm a happy bunny again.
Helpful 3 - tyre reviewed on March 18, 2018
Want the best Performance summer tyre? Click here!

Given 81% while driving a Toyota Yaris (175/65 R14) on a combination of roads for 3,000 easy going miles
Have you ever wondered how the snow plow driver gets to work in the middle of the worst snow. These tyres no 4x4 required.
Helpful 12 - tyre reviewed on March 6, 2018
Given 79% while driving a Volkswagen Golf 1.9 Tdi (205/55 R16) on a combination of roads for 18,000 spirited miles
My car was bought 2nd hand from a well known Scottish car dealer network, and had been fitted with some of their own branded tyres. They lasted less than a week before they were binned.

So, January of 2017 saw a set of Kinergys fitted. And they worked well in the snow, very well. They were also quite impressive in some of the torrential rain we had through the year, and pretty good in the 2 days of sunshine that passes for a Scottish summer.

I drive an estate, and tend to lug a fair amount of kit everywhere, and in an enthusiastic fashion. They've been good in almost all conditions except for some occasional understeer on a rather tight mini roundabout near home. But that's only ever been when the conditions have been greasy. Performance in heavy rain on motorways has been on a par with some of the more expensive rubber I've had fitted to other similar vehicles. But the winter performance has been impressive.

Wear has also been acceptable. Roughly 18000 miles done, the fronts are below 4mm, the rears are still above 6mm. Purely as a precaution, and because of the long term weather reports, the fronts were replaced with more of the same in the last few weeks. And, again, they have proven to be good in the snow and cold temps of the last month. At Â£50 a corner, they're exceptionally good value, and will be a permanent fixture on this particular vehicle for the foreseeable future.
Helpful 6 - tyre reviewed on November 25, 2017
Given 49% while driving a BMW 316 (205/55 R16) on mostly town for 4,500 easy going miles
We used the previous generation of these tyres the H730 and unfortunately these are a great disappointment. My wife and I have both been sliding on greasy roads - in a 90bhp bmw!! - when the previous set didn't do this even when they were nearly done - so far this set has 4500miles. I honestly won't be buying the h740s again back to the h730s if I can get them.
Helpful 10 - tyre reviewed on January 19, 2017
Given 76% while driving a Honda Civic Type R (225/45 R17) on mostly country roads for 1,000 spirited miles
So i replaced Goodyear Eagle F1 Asymmetric 2's on my EP3 Civic Type R with these. I tried these tyres last year on another car when it snowed and my civic could not get out of the very steep estate and they were phenomenally good in the snow.

These tyres are very good, they do feel like they provide less feedback than the Goodyear Eagles and less lateral grip however they are still very good. I feel that the loss in summer traction/feedback is worth the advantage when its wet/cold/snow handling. They feel surprisingly planted in the wet and are still miles better in all conditions compared to cheap budget summer tyres. The car will not brake traction under hard acceleration which it would do previously on Toyo proxes..

Conclusion: Good compromise for massive winter benefits. No all season will be as good as a dedicated summer performance tyre. Snow handling profoundly strong, going up large steep hills with compacted ice and snow the car did not brake traction once.
Helpful 4 - tyre reviewed on August 24, 2016
Given 82% while driving a Daihatsu Trevis (155/65 R14 T) on mostly town for 10,000 easy going miles
I've bought these tyres ti replace stock tyres with a 4season.
Till now, I'm reslly satisfied on dry, wet and also snow!
Let's see during the summer
Helpful 4 - tyre reviewed on February 24, 2016