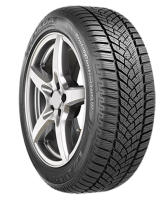 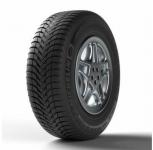 Have YOU got experience with the Fulda Kristall Control HP2? Help millions of other tyre buyers

Given 39% while driving a Opel Astra K 1.4T 150 (205/55 R16 V) on a combination of roads for 4,500 average miles
Yeah, I don´t know really where to start...This is the second season I have these tires and today I am going to get rid of them. These tires are so bad that they are almost dangerous to have on a car. I have had some rubbish tires on my Kia Pride that performed better than these Fulda tires . The tires are fine in the dry, they perform OK, nothing special and they are super comfortable and not noisy, BUT in the wet or on snow, they are dangerous. Very unpredictable, in almost every corner there is understeer, no matter the speed. I have tried to raise and to lower the pressure of tires...Did almost 100KM just testing to see if something would help...I am out of ideas and I have to get rid of them today
Helpful 8 - tyre reviewed on January 12, 2021
Given 87% while driving a SEAT 1.4 TSI (225/40 R18) on a combination of roads for 6,000 spirited miles
Bought them because the reviews were good and I they were pretty cheap while still being a tyre made by the Dunlop/Goodyear group.
I'd like to specify that my "reference" as a summer tyre is a Dunlop SportMaxx RT2.
The ride is pretty good, I have 18" rims but the car is pretty comfortable and this doesn't change with these, they may be even better than the summer tyres. Noise levels are good too and the typical noise that winter tyres make (typically when you're slowing down and stopping) is not particularly noticeable.
Handling is really safe, maybe not the most fun but the car is always easy to control and predictable. I had a few times with my summer tyres (when I was really pushing the car) where the car decided to go sideways when the "partially deactivated" ESC decided that he didn't like me making the car widen up the trajectory with the throttle; such a thing never happened with these tyres instead. The front is always going to be the one to give up first. They even saved my ass (helped by the ESC, fully activated fortunately) when I took a damp and greasy, badly designed, new roundabout, too fast; ESC started working like crazy, the car kept it's composure and trajectory and I got out of it effortlessly. (Plenty of people crash on that roundabout since day one, the guardrail is full of dents and scratches).
Grip is really good too, especially while accelerating. Even on damp roads in second gear most of the times the tyres don't spin, and I've got 150PS. I suppose the sipes really do their job.
The best part? Snow and Ice traction. It didn't snow much last year in southern italy so I decided to go find some snow because I wanted to test them. I found a few snow covered roads and it almost didn't even feel like I was driving on snow. I found then a really steep incline inside the city that, since it was in the shade and was really steep, none had dared to drive through; I went up and found out that either I could only go right, which was a dead end, and on the left was a "wrong way". Stupidly, I stopped and suddenly realized that I shouldn't have,"this thing is too steep, I'm gonna get stuck" I though. Oh boy was I wrong; with the help of the electronic differential despite the snow and ice I started going up with minimal wheelspin, made a U turn and went back downhill without even triggering the ABS. That was so satisfying.
Can't comment on wear but didn't seem excessive.
Honestly I can't really find any big fault in them, especially for the price. If you're looking for a safe tyre for the winter they're a good choice, especially if you're gonna drive through lots of snow and ice.
Helpful 13 - tyre reviewed on August 25, 2018
All Season VS Winter Tyres: What is REALLY Best?! Click to find out!