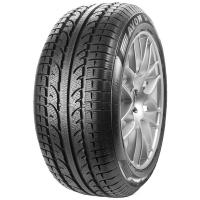 The Avon WV7 is a performance winter tyre, with increased sipe density to improve traction in snow, ice, slush and wet weather. Available in 15 to 18-inch sizes to fit popular performance cars, the Avon WV7 is H and V speed rated. It features forward-facing shoulder grooves and V- slots to enhance braking, while the backward-facing centre groove improves traction. The Avon WV7 is marked with the ‘Severe Snow Conditions’ three-peak mountain snowflake symbol.

Given 90% while driving a Volvo 2.0 T5 Saloon (225/45 R17) on mostly motorways for 5,000 spirited miles
I was very surprised at how good these tyres were in the cold wet and snow (snow once for about 20 miles), especially considering that they're classed as mid priced.

I drove from Kent to Glasgow and back once per month throughout the winter and found these tyres to be confidence inspiring in all weathers. I took them off when the weather turned fine again, just to save them for further winters although, I found them to provide excellent feedback and grip in the spring/warmish months too.

I was also surprised at how little they had worn over 5000 miles. They will be good for at least two more winters, maybe more.
22 - tyre reviewed on August 21, 2017
Given 36% while driving a Skoda SuperB II 4x4 3.6L DSG (225/45 R18 V) on mostly country roads for 1,000 average miles
Bought these for a Skoda Superb 3.6 V6 4x4 saloon and was sorely disappointed with their inclement weather grip. Comfortable enough to drive on, but traction control comes on a lot with these fitted! Have checked all tyre pressures and driving to the conditions.
9 - tyre reviewed on January 17, 2019
Given 92% while driving a Volkswagen Sharan SE 2.0TDi (225/45 R17) on mostly motorways for 1,500 average miles
Limited review on the grounds that I have only completed 1500 miles to the Alps and back. Car was fully laden (5 people, roofbox and snowboard equipment/luggage. Road noise was not an issue, VW Sharan handled without issue throughout the trip and had no need for snow chains in resort while others all used chains!! We had plenty of snow in resort and the trip down from resort was cold and icy which these tyres dealt with just fine. Hard to comment on fuel consumption as we had the roofbox.
8 - tyre reviewed on January 5, 2018
Have you driven on the Avon WV7 tyre?

Have YOU got experience with the Avon WV7? Help millions of other tyre buyers

Given 90% while driving a Mazda MX5 (195/45 R16) on a combination of roads for 300 spirited miles
I have these as a winter set on My mx5 which is boosted. I run ad08-r in summer and these have been my go to winter tyre for it. In the dry on a day where surfaces temps are low on the road. They’re are spot on.
0 - tyre reviewed on December 12, 2020
Given 83% while driving a BMW 530i M Sport Touring (225/45 R17) on for 1,000 miles
From my perspective; couldn't recommend these highly enough. I run winter alloys & tyres on my BMW E39 530i Sport touring from late October to generally March the following year and this time I've gone with the AVON WV7s in 235/45/17 fitment, to go on OEM 17" alloys. My family has property in the Scottish Highlands and just for the runs up there in Dec, Jan & Feb; up the M6/M74/M80 and A9 etc; they're worth it just for that! Those roads in those months are generally sodden and cold; and then further up the A9 it can either be just very cold; or icy and cold or fairly well snowed in... Where the property is; just in a small village off the A9; the roads don't get treated & it can be a nightmare (as can the roads that surround us at home; local country B roads that are usually covered in standing water over winter unless it's unusually dry/cold) These tyres in Feb 2019 got me down very snowed in roads in the Highlands on my tour trying to find historical manhood stones and it also got us onto the main carpark at the Cairngorm, whereas my fathers XDrive X3 was stuck on its summer tyres, spinning... Their drive & feedback is very good; a very smooth and quiet ride for winters; dry handling at speed (if it's a bit warm) can be a bit squishy-feeling; but cold temps they're superb. Wet handing is fantastic and superb grip through standing water etc... As for the wear; I can't comment as I don't don't the mileage
0 - tyre reviewed on November 2, 2020
Want the best tyre for real world driving? Watch this!

Given 81% while driving a Volkswagen Golf MK7 R 300 BHP (225/45 R18 V) on a combination of roads for 4,000 spirited miles
I just recently completed a 4000mile road trip from London (10c) to the Arctic Circle in Swedish Lapland where the coldest reported temperature was -19c. I drove on every possible combination of surface including snow storms, packed ice, freezing rain, deep slush etc...

I was initially very worried that my tyre choice was wrong as I learned of the existence of Nordic Winter Tyres which are supposedly designed for especially harsh winters which European Winter Tyres are not designed for. However my worries were totally unfounded. The Avon VW7 proved itself to be a very capable tyre. There aren't conditions on earth which this tyre can't deal with.

As we drove north the conditions got worse. The rain turned to freezing rain and snow. Eventually we arrived at our destination and spent the next 10 days traversing the cold wilderness in my 300bhp Golf R. I noticed that the majority of cars were running studs however I found grip with the VW7s more than adequate. Even driving on dangerous ice roads I was able to maintain control and make good progress.

I was stunned at how good these mid range winter tyres are.

My only fault with this tyre is that it can feel quite soft and vague at the front end during the warmer temperatures e.g mild 10c in London. However once you get down to 3-4c the tyre hardens up and feels more controlled.

I also had to do an emergency stop from 130kmh in typical cols winter greasy conditions and the car stopped so quickly I was honestly shocked at the levels of grip and control.

I have used winter tyres for years and have owned sets from Goodyear, Vredestiein, Nokian and Avon (ice touring STâ€™s). I can honestly say the Avonâ€™s are very underrated and represent superb value for money. Their performance certainly stands shoulder to shoulder with the premium brands.

My present summer tyres are Michelin Primacy 3â€™s and these Avonâ€™s offer just as much comfort and steering feedback as the Michelinâ€™s. The Avonâ€™s perform better on wet roads (and are certainly better at dealing with standing water than the Michelinâ€™s) as you would expect from a winter tyre. Where the Avonâ€™s really impress however is with their ability on the warmer days of winter (10+ degrees celsius). On these days they perform very much like the Michelinâ€™s, certainly the best of any winter tyre I have used to date.

I therefore suspected this may impact on their snow/ice performance but no, they seem to cope admirably in these conditions too. I drive several miles on ungritted (and hilly) rural roads each day and the WV7â€™s are a very balanced tyre. Iâ€™ve never got stuck or felt close to losing control so they have all the winter abilities I require.

Well done Avon.
0 - tyre reviewed on October 18, 2019
Given 83% while driving a Audi S3 (225/40 R18) on mostly motorways for 3,000 average miles
Using these tyres on a 310bhp Audi S3 so a bit more power than your usual car. So far these tyres have been excellent to say how cheap they were compared to the premium offerings.

Grip in all weather conditions is good, launching the car full throttle traction is acceptable though you can expect some traction control kicking in. Noticed no problems braking and cornering in wet and cold conditions and the car doesn't feel alot different to the summer tyres I had on before (Pirelli P-Zero's)

For the price these are faultless, picked up a set of 4 fully fitted from ATS for Â£310. It would of been closer to Â£500 for a premium set. Would definitely recommend and would buy these again.
4 - tyre reviewed on February 3, 2019
Given 36% while driving a Skoda SuperB II 4x4 3.6L DSG (225/45 R18 V) on mostly country roads for 1,000 average miles
Bought these for a Skoda Superb 3.6 V6 4x4 saloon and was sorely disappointed with their inclement weather grip. Comfortable enough to drive on, but traction control comes on a lot with these fitted! Have checked all tyre pressures and driving to the conditions.
9 - tyre reviewed on January 17, 2019
Given 93% while driving a Hyundai i30 (225/45 R17) on for 2,000 miles
Been driving all over this week in deep snow and ice up steep hills and never let me down
6 - tyre reviewed on March 2, 2018
Given 92% while driving a Volkswagen Sharan SE 2.0TDi (225/45 R17) on mostly motorways for 1,500 average miles
Limited review on the grounds that I have only completed 1500 miles to the Alps and back. Car was fully laden (5 people, roofbox and snowboard equipment/luggage. Road noise was not an issue, VW Sharan handled without issue throughout the trip and had no need for snow chains in resort while others all used chains!! We had plenty of snow in resort and the trip down from resort was cold and icy which these tyres dealt with just fine. Hard to comment on fuel consumption as we had the roofbox.
8 - tyre reviewed on January 5, 2018
Given 94% while driving a Subaru Forester sti (245/45 R17 V) on mostly country roads for 2,000 spirited miles
Bought these on a hunch that they might be better than a lot of winter tyres in the wet/dry (which compose 90% of British winter weather) and indeed they are. However they're also very good in winter conditions with excellent grip on fresh and frozen snow and ice, climbing a 1 in 6 hill in fresh snow was no problem, as was stopping on black ice. Their outstanding characteristic is the steering feedback, better than most winter tyres (Nokian, Vredestein) that I've run - though obviously won't be as good as a HP summer tyre, due to isolated tread blocks and loads of sipes - and the sidewalls are stiff enough to make the car feel controlled and give you confidence when pushing through the corners. And lastly they're suprisingly quiet for a winter tyre too, less high frequency noise than the previous summer tyres I ran. All in all a very competent tyre at a decent price to boot, and the folk at Avon are most helpful with information.
4 - tyre reviewed on January 1, 2018
Given 63% while driving a Skoda Octavia vRS (225/45 R17) on mostly country roads for 6,000 spirited miles
This is my second winter on these. Last winter with the mild UK weather they weren't worth the expendature. 10 Celsius & above my summer tyres out perform them in every respect. After just 1 season fronts were half worn already. With temps below 7 Celsius & the wet, they start to justify themselves. With this winter's recent cold snap and proper snow they have come into their own. I had no doubt I would make it to work on my early morning B road commute - the car bearly spun a wheel. Comparing these to previously owned Nokian WR A3, the Nokians were a much better all rounder and lasted 5 seasons. I doubt the Avons will make 3. All in all the Avons are best reserved to the worst of winter weather - not ideal for typical UK winters. I think I'll be spending a bit more & going back to Nokian when it's time to replace.
2 - tyre reviewed on December 21, 2017

See all 12 customer reviews of the Avon WV7 (newest first) >>