The Aptany RA301 is a High Performance Summer tyre designed to be fitted to Passenger Cars. 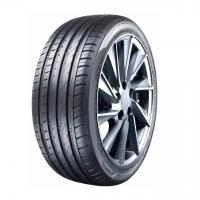 Questions and Answers for the Aptany RA301

If it says outside and inside then it is an asymmetric tyre. The tyre pattern would also confirm this.

I don't know the exact figure, but it should be somewhere between 7 and 9mm

Given 80% while driving a Vauxhall Insignia CDTI SRI 160 (245/45 R19) on a combination of roads for 2,000 average miles
Great budget tyre, low noise, average wear, look good.
Helpful 325 - tyre reviewed on August 16, 2016
Given 89% while driving a Ford Fiesta mk7 (205/40 R17) on a combination of roads for 3,000 spirited miles
Got these fitted on my fiesta Zyrtec s and am very surprised at the level of grip in the wet and winter conditions.. actually better grip than my Pirelli and dunlops previously.. I will definitely get these tyres fitted again ðŸ‘ðŸ¼
Helpful 94 - tyre reviewed on January 23, 2017
Given 87% while driving a Lexus ES350 (225/55 R17 W) on a combination of roads for 12,000 spirited miles
Wet traction is amazing, very smooth and quiet on the hwy. Z rated , car drives a lot better than the previous brand name tire that I removed with lots of tread left because of the poor wet traction. My mechanic laughed at the tires being a off brand, then he was shocked that 2 tires balanced without needing any weights . For the money these tires are fantastic.
Helpful 51 - tyre reviewed on April 3, 2018
Have you driven on the Aptany RA301 tyre?

Have YOU got experience with the Aptany RA301? Help millions of other tyre buyers

Given 64% while driving a Porsche Cayenne Turbo (275/45 R20) on mostly town for 4,000 easy going miles
With only 7k km the front driver tire is kind of vibrating, could notice last time went to balance the Wheels. Im gonna try the 5 year warranty but Lost a Lot of confidence on them. Maybe because my car is Very heavy on the front: v8 4.5 twin turbo
Helpful 1 - tyre reviewed on January 19, 2022
BMW (225/45 R17) on a combination of roads for 8,000 average miles
Had them on the front of my 5 series BMW for two years. Cant understand the guy who says he has got under 2000 miles from them! Must be driving like a lunatic. Mine have been excellent, even in snow! Rear wheel drive of course, but the beemer isn't a lightweight. Good cornering grip, good in the rain and quiet. Have to change unfortunately, due to a screw in the tread, near a sidewall, otherwise I think they are good for thousands of miles yet. More than 4.5mm of tread left. Can't find any locally so will try another brand. Pity.
Helpful 5 - tyre reviewed on February 19, 2021
Want the best Performance summer tyre? Click here!

Given 39% while driving a Saab Automobile 9 5 2.2 TID Vector Estate (225/45 R17 W) on mostly country roads for 1,579 average miles
Had these tyres fitted at the end of September prior to an MOT. As is typical these days, money was tight so went down the budget tyre route. Well, today, mid December, I've moved them from the front to the back, to try and squeeze a few more miles out of them, and they are done. After 1,579 miles, they're on the wear markers. Dry and wet grip was adequate, but the wear rate is definitely not. Budget tyres... ...they're only cheap on the day. I will not be buying them again, nor any of their cheap Chinese brethren.
Helpful 7 - tyre reviewed on December 12, 2020
Given 79% while driving a Honda Accord Tourer (235/45 R17 W) on a combination of roads for 20,000 average miles
Just purchased my second set of the aptany RA301 235/45/17 97W for a Honda Accord Estate.I have these still fitted on a 2013 mondeo.For the price point these are excellent tyres.Dry grip is fine but its in the wet where these excell...they are incredable.Never once lost grip with these including wet...the way they cut through water even at motorway speeds is remarkable.The construction is good and i feel totally connected to the road at all times. There is one draw back though and thats tyre wear! Im no test pilot and they have covered 20k now with maybe 4/5k until they done.They are summer tyres so compound is soft.A few other things to factor in though...a premium brand tyre may get double the mileage if your lucky but they will cost at least 2-3X.Also after a few thousand miles your likely to have picked up a puncture or few...after 4 years and 25k miles i would want a fresh set of boots no matter what brand i had bought. Fuel rating C and most important for me rated B in the wet means you have a very safe tyre when you need it most.Pretty quiet on the open road as well. To sum up there cant be a better tyre out there than this for the money..£240 fitted with valves and balancing.My honda currently has equivalent ZV7 by avon....not a bad tyre by any means but they are no where close to the aptany in the wet and why im changing. Highly recommend and wont break the bank giving these a try.
Helpful 3 - tyre reviewed on August 28, 2020
Given 86% while driving a Kia Motors Forte (215/45 R17) on mostly town for 3,106 easy going miles
I'll be honest about buying these. The car they went on is a 2011 Kia Forte SX, that is driven mostly by my wife, to and from work on weekdays. I drive it on weekends when we run around town for groceries and such. given that it's on a 9 year old daily driven car, that is driven pretty conservatively, I didn't want to spend a lot on tires. I'm not willing to spend a boat load of money on a car that may expire in the near future. The last set of budget tires, with similar tread wear rating of ~300 lasted 2 summers. So if we get the same out of these, I'll be happy. Some would argue that spending more money on tires that would last, say 4 summers, would be a better choice. But, I like a value, and many times, budget doesn't allow spending that much on rubber at any given time. These were purchased in late March 2020, and mounted in mid April. Oil change was just done on July 7 2020, as well as a tire rotation. Wear has been even, and assuming that depth at new was 8mm, after 5000kms, they are down to just under 7mm. So, not bad at all for a 340 treadwear tire. When they were first mounted, both y wife and I noticed they were a bit noisier than the ones they replaced. On par with our winters. I also noticed they were a bit twitchy, as if the car needed an alignment. They track well now, and are very quiet on new pavement. It hasn't rained in a while, so I can't quite comment on how they perform in the rain. That being said, I adjust my driving for the conditions, so I'm sure they'll be ok. Would I buy them again? If it's for the Kia, then yes. But, I've got my eyes on Rotalla next time.
Helpful 3 - tyre reviewed on July 8, 2020
Given 44% while driving a Ford Focus MK3 (235/35 R18) on for 8,000 miles
These are the fastest wearing tyres I have ever bought. My last set lasted 30,000 miles, these are shot ofter 8,000
Helpful 1 - tyre reviewed on July 4, 2020
Given 37% while driving a Volkswagen Caddy (225/40 R18) on mostly country roads for 2,500 easy going miles
The worst tyres I’ve come across put them on in February an the fronts are gone already
Helpful 11 - tyre reviewed on May 16, 2020
Given 60% while driving a Ford Focus mk2 (205/50 R17 W) on a combination of roads for 8,500 average miles
Cheap tyres do the job for a year about 9000milies
On a mk2 ford focus 2.0i
Work well just bad wear rate
Will not buy again.
Ok on the back of car.

Helpful 1 - tyre reviewed on December 6, 2019
Given 21% while driving a Volkswagen Golf 7 GTD (225/45 R17) on mostly motorways for 7,000 spirited miles
Absolutely rubbish tyre bought my used car and the seller put 4 of these tyres on I assume he had the cheapest tyre they did which was these. Very noisey tyre very poor grip in rain just masses of understeer. Fronts haven't lasted 7000 miles and they are now 2mm. Would steer clear of these tyres. Dont understand people who buy cheap tyres not worth it when a 10k car is in a ditch because you saved 100 quid on tyres.
Helpful 23 - tyre reviewed on October 4, 2019
Given 91% while driving a Porsche Cayenne Turbo (275/45 R20 V) on mostly town for 1,000 easy going miles
Good for the money, quiet and look nice
Helpful 22 - tyre reviewed on June 29, 2019
Given 77% while driving a Chevrolet Equinox (235/55 R18 W) on mostly motorways for 5,000 spirited miles
I have them on a 2011 Equinox and only for a year so limited info. Like the low road noise and the performance on the highway. The SUV AWD has never been a good mileage vehicle and there is no change with these tires
Helpful 20 - tyre reviewed on June 23, 2019
Given 46% while driving a Audi A4 2.0 TDi 170 S Line (245/45 R18 W) on mostly town for 5,000 easy going miles
Not a good tyre, tyre wear is rubbish given me 5k miles local driving. Lose pressure every couple of weeks having to top them up. Not quiet what was said on the label. My Audi gave great mileage first 6-8 weeks after fitting the tyres but then dropped quiet significantly which i thought was a car problem, only to be told the tyres were probably the problem not the car. Anyway wouldnt buy these again other budget brands run better like Rovelo, Event etc.
Helpful 48 - tyre reviewed on January 14, 2018
Next Page >>