The Michelin Primacy 4+ updates the hugely successful Primacy 4 with better braking performance when worn. The new Michelin EverGrip technology combines two layers of rubber to offset the loss of tread depth when worn.

This tyre replaced the Michelin Primacy 4. 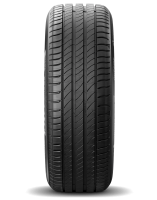 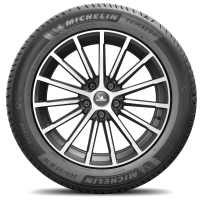 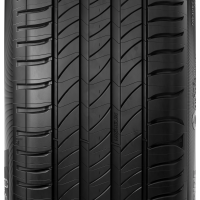 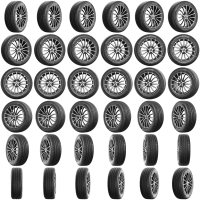 The Primacy 4+ is ranked 4th of 139 Summer Premium Touring tyres.

Nokian iLine - 88%
Sorry, we don't currently have any label data for the Michelin Primacy 4 Plus

Questions and Answers for the Michelin Primacy 4 Plus

A good question. Ideally you will always keep the same two tyres across an axle so I'm not sure anyone would recommend mixing, however the changes from the Primacy 4 to 4+ were small so of all the mixed axle combinations, this is one of the better ones.

Given 97% while driving a Honda Civic FK7 Sport (235/45 R17) on a combination of roads for 1,000 average miles
Coming from the Civics original tyres Primacy 3 that’s lasted 25Kmls or just over 4 years, I don’t do a lot of miles daily but those Primacy 3 tyres served me well with just the road noise being a little loud at times I liked the dry, wet, handling and comfort of these Michelin’s.

So with not a lot of info on the new Primacy 4Plus and needing 4tyres I decided to go with these anyway as only £1.oo each dearer than the primacy 4 when I purchased, in for a penny in for a pound, these are the XL reinforced version I went for as they are a whole 1DB quieter than the non XL version according to the tyre info.

Noise loudness will always be dependent on the surface you drive on, so as surfaces change so does the tyre noise but the difference between these Primacy 4Plus and the old Primacy 3 is night and day and worth the price of entry alone in my ears, no they ain’t dead quiet/ silent but are a lot more bearable and not as intrusive, as I’ve went from listening out to hear the difference to now not noticing the noise like I did with the old tyres.

In the dry the tyres are good , nice feedback from the road however sharp corners taken fast pushing the limit there is a give there that you are wary of after the first time, but this will make you safer as you won’t push quite as hard, it’s that softness mentioned earlier that gives you this feeling/ feedback on hairpin bends.

In the wet, love them, it rains in Scotland and the surface water can be a bit deeper and running on the roads in areas, but these Primacy 4 plus, just grip grip and grip and provide a lot of confidence way bettering than the old Primacy 3 on the civic, a tyre for Scotland without doubt

The tread is less on the 4 plus than on my new Primacy 3 when got the car but these P4 plus are meant to be harder wearing tyre so only time will tell, but if they last 20Kmls or 4 years then I’d be more than happy.

Initial thoughts on first 1Kmls is if you want a premium tyre live in a wet summer area and enjoy less noise and improved comfort give these a go.
Helpful 65 - tyre reviewed on July 24, 2022
Given 60% while driving a BMW 320i (205/60 R16) on a combination of roads for 1,100 spirited miles
Initial review after a few days of driving with these brand new Michelin tyres for a long distance on various roads and weather. According to the tyre-dealer this is the very latest Michelin tyres, same size as the original tyres. This is not my car but I have often driven this car since it was new with two other different set of tyres from two other premium tyre brands. The original OEM tyres were Run-Flats which I did not like at all, rather mediocre tyres in every aspect. The second set of tyres were from yet another premium tyre brand, not Run-Flat tyres but the same original size, and I really liked those tyres on this car, very good comfort and noise level, very good performance in every aspect except wear which was rather mediocre. The new Michelins are significantly better than the original Run-Flat in every way, but they can not quite match the second set of tyres from another brand. The Michelins have in general a little bit more diffuse feeling and tendencies to instability on certain surfaces, I preferred the previous set of tires regarding feel, handling and stability, but it is very small differences. The comfort and noise level on the Michelins are much better than the OEM Run-Flat and about the same as the second set of tyres, I did however prefer the second set of tyres, I just liked them a little bit better. The Michelins are in general predictable and controllable in wet and dry and will probably not surprise with bad behavior although I would say that the tyres probably do not like cold rainy weather, I had a ”surprise” in a wet rainy roundabout coming home from the long drive, the temperature was ca 2-3 degrees, I was caught in this "surprising" skid and the stability systems on the car really had to work overtime, it's the only ”surprise” I had so far with these tyres, and maybe in all honesty I might have been over-optimistic in that roundabout, but I have done the same with the other tyres in the same circumstances in the same roundabout without "surprises". There is nothing particular wrong with the Michelins, not huge differences, good grip wet and dry, relatively good comfort and noise level, acceptable handling and feel, but they are not worth the extra cost, they do not exceed other tyre brands, in fact they do not quite match the previous set of tyres from 2020. I guess the joker here would be the wear rate, the other tyre brands had rather poor wear, if the Michelins have significantly better wear rate then this could probably persuade some buyers, but not for me, I prefer the best handling and feel over wear rate.
Helpful 34 - tyre reviewed on April 23, 2022
Given 100% while driving a Mercedes Benz A45 S AMG (225/45 R17) on a combination of roads for 0 spirited miles
fantastic tires , oh my god , michelin best brand
Helpful 31 - tyre reviewed on April 29, 2022
Have you driven on the Michelin Primacy 4 Plus tyre?

Have YOU got experience with the Michelin Primacy 4 Plus? Help millions of other tyre buyers

Review your Michelin Primacy 4 Plus >

Driving in the icy/snowy conditions seen just before Christmas 2022, these tyres gave me more confidence in control and handling, as the Bridgestone's often struggled for grip in the dry let alone the cold and wet.

The grip so far has been an extreme improvement, the Bridgestone's would often spin under the power of a PHEV in all conditions, despite trying my hardest, it is difficult to replicate with the 4+ from a standing start.

There has been a lot of rain lately, and with the 4+, there is a significant reduction in the slippery feeling when passing over standing water, particularly at motorway speeds.

The tyres have also improved the slip/lean feeling on roundabouts. It feels as if they are listening to the direction I want to go, and I know that they are complying.

I've not noticed a difference in braking performance - seem standard for a premium tyre, and time will tell if they deflect nails and are not magnet for them like the Potenza's.

Noise seems average. Potholes feel harsher.
Helpful 4 - tyre reviewed on January 14, 2023
Given 96% while driving a MINI Mini Countryman Cooper Petrol (225/60 R16) on a combination of roads for 1,000 spirited miles
Trust me, these michelin primacy 4+ tyres: 205/60 r16 96H XL on the front of my Mini countryman 1.6 are the better tyre than the bridgestone XL on the rear . these Michelins are improved version of the Primacy 4, more comfort, more feedback and super grip. Always had Michelins on the front wheel drive Mini, worth the little extra cost. Had michelin primacy 4 tyres: 205/60 r16 96h xl previously. Those lasted 6 years, a great tyre used right down to 1.6 mm with over 50000 miles clocked up with various short and long journey shared with my teenage son. Change can be good and Michelin had done an excellent job with the improvements on the 4 Plus. It's also super quiet, the best and safest Tyre around, really.
Helpful 4 - tyre reviewed on October 7, 2022
All Season VS Winter Tyres: What is REALLY Best?! Click to find out!

Given 87% while driving a Skoda (225/45 R17) on mostly town for 2,500 average miles
Bought these to replace my Dunlop sport rt2 tyres. So this review is based on that. If course the rt2 is a sport tyre and I assume these are touring tyres .... Safe to assume because they are so so much quieter ( yes very much noticeable) and provide a softer ride. Comforting to know they also perform well as they wear down. No unnecessary wheel spins so they hold grip well . I dont push my car to test tyres..... to me that's a an uneccassary risk, however after 2500 miles I've had no worrying moments with the primacy 4+ s . If i were to critisise I don't think the car handles quite as direct now but not by much , but again maybe the difference between sport and touring tyres. I've not really had much chance to try these in the rain yet. The old dunolps always wore down fast even though I'm no boy racer. Let's hope there's more life in these michelins. Bought as a great deal between ATS euromaster and paying via a santander bank card for another 10% off.
Helpful 8 - tyre reviewed on July 15, 2022
Given 95% while driving a Saab Automobile 9000 Turbo (205/55 R16) on mostly motorways for 0 average miles
205/55 R16 91W weights 8.45kg. Made in Poland. It is funny that it still says "Primacy 4" on the tire, without "+".
Helpful 13 - tyre reviewed on July 6, 2022
Given 90% while driving a Skoda (225/45 R17) on a combination of roads for 1,100 average miles
I've replaced my Dunlop rt2s on my skoda octavia with these. The main reason I picked michelin tyres was because my Dunlop seemed to wear out fairly quickly. Handling feels the same.... I dont carry out daring braking or driving but they have given me confidence in both conditions and I now drive more confidently with them than my previous tyres ..... Thats confident, not drive like an idiot... The one thing I really wanted was quiet tyres and these are super quiet, I'm really impressed just how quiet. Not only that but they've also added comfort to the ride. This maybe because they're more of a touring tyre than sport tyre. For comparison, I rarely do motorway driving, just A roads and city driving. So far so good after just over 1000 miles... Personal tyre reviews do bother me, as we can only judge them based on our previous set of tyres, and rarely can any retail customer carry out track tests .. But im adamant these are an improvement for me.
Helpful 16 - tyre reviewed on May 26, 2022
Given 94% while driving a Volkswagen Passat 1.4 tsi B7 122 BHP (205/55 R16) on mostly motorways for 20,000 miles
Tyre is excellent that’s the second pair i purchase from the primacy 4 plus , i’m an aggressive driver who always drive 140+ km/h thanks michelin for letting me feel safe on the road
Helpful 27 - tyre reviewed on May 21, 2022