The Event WL905 is a Ultra High Performance Summer tyre designed to be fitted to Passenger Cars.

Sorry, we don't currently have any magazine tyre tests for the Event WL905 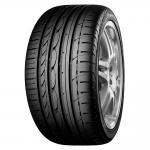 Given 30% while driving a Volkswagen Passat (235/45 R17) on a combination of roads for 1,500 average miles
One tyre that is a death trap in the wet. I have no confidence in damp or fully wet conditions. There is low grip even at normal driving speeds in the wet, anything faster and it's an accident waiting to happen.
Helpful 48 - tyre reviewed on October 28, 2015
Given 24% while driving a Ford Focus 2.0 TDCI Titanium (215/55 R16 W) on mostly motorways for 8,000 average miles
Do not buy these tyres! I was unfortunate enough to buy my car with these fitted and I cannot explain how poor they are. Wet grip is completely non existent even at slow speeds, evasive action in the wet would immediately cause a total loss of control. Changed them to Dunlop Blue response and it felt like I was driving a different car. Avoid Event WL 905s at all costs! The other reviewers seem to have shared the perilous experience of taking a corner at 5mph in these too!
Helpful 5 - tyre reviewed on May 11, 2018
Given 79% while driving a Skoda Superb II 4x4 2.0tdi (225/45 R17 H) on mostly town for 12,000 easy going miles
Driving Skoda Super with Event tyres on it and we are very happy with them. Bought them last year from my local tyre shop and had no problems with them at all. My wife's car is due tyres shortly and I'm defiantly getting same on her car.
Helpful 5 - tyre reviewed on November 30, 2016
Have you driven on the Event WL905 tyre?

Have YOU got experience with the Event WL905? Help millions of other tyre buyers

Given 31% while driving a Vauxhall Astra 1.8 sport (225/55 R16) on a combination of roads for 1,000 average miles
Four of these (Event WL905) were fitted new to a used car that I purchased.I only checked the tread depth which looked new.I should have checked review sites ..
Traversing Â round-about`s in the Â wet with these tyres was a very alarming experience.
If you want to have fun with no wet grip and Â hydroplaning these are the tyres for you.
At modest speeds, Â roundabout in the wet IÂ  regularly felt Â the rear end going sideways while the car was going forwards.
Not much fun and pretty dangerous in my opinion.Never had the same experience with any other tyres in 20 Years of motoring
I swapped out to Bridgestone Turanza T005s and never had the problem again.
Helpful 2 - tyre reviewed on September 13, 2019
Given 83% while driving a Toyota Corolla verso (225/45 R17) on a combination of roads for 13,000 average miles
These are on a Corolla Verso 1.8, so no race car attitudes. Never the less they wear reasonably well 13k so far with 4mm usable to go so 26k perhaps. Front wheel spin is easy at start off in wet. otherwise solid performance. The buy again depends on who owns the company. If Chinese then no. Problem seem to be that British can only be made in UK rather than British owned. Shame.

Helpful 2 - tyre reviewed on December 31, 2018
(225/45 R17) on for 0 miles
update these are leathel in even damp conditions almost lost it completely on a roundabout
Helpful 4 - tyre reviewed on December 30, 2018
Given 44% while driving a Alfa Romeo GTV (215/45 R17) on a combination of roads for 4,000 spirited miles
amazingly not bad in the dry ,there on the rear of my alfa 2.0 gtv , but OMG in the wet there awful , lost the rear a number of times in the wet worst Tyre I have ever had will be replaced with some landasails a much better tyre do not buy
Helpful 2 - tyre reviewed on December 15, 2018
Given 27% while driving a MINI Clubman (225/45 R17) on mostly country roads for 1,000 average miles
Car feels like suspension worn out and or has wear in ball joints!!! No grip in the wet, tyres are on the back of my car and I have experienced oversteer on roundabouts and when turning!!! Very dangerous tyre, like driving on slick when pouring down with rain!!

DO NOT BUY!!! IF ON YOUR CAR CHANGE BEFORE YOU HAVE AN ACCIDENT!!
Helpful 2 - tyre reviewed on November 28, 2018
Given 37% while driving a Audi A3 Sportback (225/45 R17) on a combination of roads for 500 easy going miles
I bought a second hand Audi A3 recently which seemed to have a brand new or near enough set of these Event tyres fitted to the rear. They seemed ok until the first day I drove the car in the rain. I was going slowly round a roundabout and the back end went. No traction whatsoever. I thought I perhaps had a flat tyre but everything was ok. It wasn't until I looked up these Event tyres online that I discovered this site and the applicable reviews. They are a disgrace and incredibly dangerous. I have had budget tyres on cars before and although mediocre they certainly were not as shocking as these things.
Helpful 4 - tyre reviewed on August 20, 2018
Given 15% while driving a Volvo s60 D5 (163) (225/45 R17 W) on mostly motorways for 600 average miles
These came fitted on a 2nd hand Volvo S60 D5, now bear in mind this is a heavy very torque-y car.....
Generally a LOT of lateral motion, no idea what the sidewalls were made of (cheese?) but no matter what road surface or speed there was a terrible feeling of wallow which initially made me think my suspension was shot.
In the dry at low speeds these were acceptable but at motorway speeds these things were terrifying, you could feel the grip breaking and they tramlined like crazy. Under heavy breaking in the dry you got terrible vibration / wobble and again you could feel the grip going.
In the wet these tyres are LETHAL. Now the S60 is a heavy car and generally is very planted but frankly these tyres gave me the cold sweats on several occasions even in a straight line (tramlining plus breaking grip at high speed)
As for wear I'll never know, I ditched these after 2 weeks for some Eagle Assymetric 3's and never looked back.
Helpful 3 - tyre reviewed on April 25, 2017
Given 37% while driving a Ford 2.5 cougar (225/45 R17) on mostly town for 2,500 average miles
Tyres last forever, probably longer than the car as they are so hard they glaze giving no wet grip whatsoever. I have then on the back of a cougar and am scared of roundabouts in the wet even at slow speeds., scary to feel the back end slide. Avoid at all costs.
Helpful 4 - tyre reviewed on April 16, 2017
Given 26% while driving a Ford Fiesta Zetec S (205/40 R17 W) on mostly motorways for 20,000 average miles
I have a Fiesta Zetec S 1.6TDCi which had these fitted when i bought it, i suspect to put something on the wheels to sell it so it had "good" tyres all round.
These tyres will let go without warning in the dry on a bend and even a smooth surface on a roundabout will cause understeer. In the wet you really have to be careful as there is no grip whatsoever. these tyres are a death trap on a front wheel drive car, great for drifting, but not for driving, avoid at all costs.
Changed to Nexen S8000.
Helpful 3 - tyre reviewed on March 14, 2017
Given 15% while driving a Volkswagen Caddy (225/45 R17) on a combination of roads for 0 average miles
The worst tyres I have ever had on a car. And iv had some crap tyres. They came fitted to the wheels and will be coming off very shortly. On first and second in the slightest of damp the wheels just spin. Perfect for the bottom racer in me that wants to wheel spinning but no good if you want to set off for a gap.
Helpful 3 - tyre reviewed on December 30, 2016
Next Page >>